The new Fox series Running Wilde, featuring Arrested Development alumni Will Arnett, is premiering tonight (September 21). Co-starring Kerri Russell, the question is whether this new series can capitalize on Arnett’s funnyman persona and past hilarity enough to make it a good sitcom. So far, there seems to be a swell of negative criticism for Running Wilde, yet with most critics singling out Will Arnett as the bright spot – so there is hope. Running Wilde is the second half of a newcomer dominated block, with fellow 30-minute comedy Raising Hope acting as lead-in, with Glee setting the stage for both.

Will Arnett’s former Arrested co-star, David Cross, is also set to make a guest appearance on the premiere episode tonight.

We have a few videos for you below, including sneak peeks from the pilot episode, a promo and an interview of Will Arnett interviewing…Will Arnett. 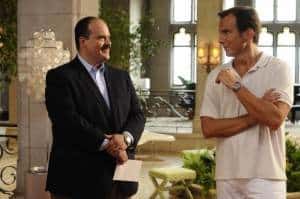 Steve Wilde is a filthy-rich, immature playboy trying desperately to win (or buy) the heart of his childhood sweetheart, Emmy Kadubic, the Ã¼ber-liberal humanitarian who got away. Given the chance to reconnect with Emmy, Steve pulls out all the stops to win her heart in the ‘Pilot’series premiere episode of RUNNING WILDE airing Tuesday, Sept. 21 (9:30-10:00 PM ET/PT) on FOX. (WLD-101) (TV-PG L) 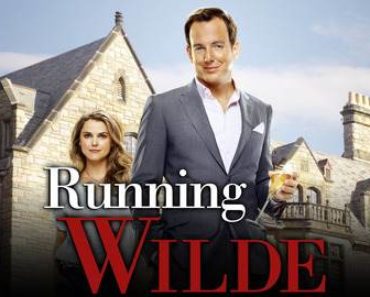