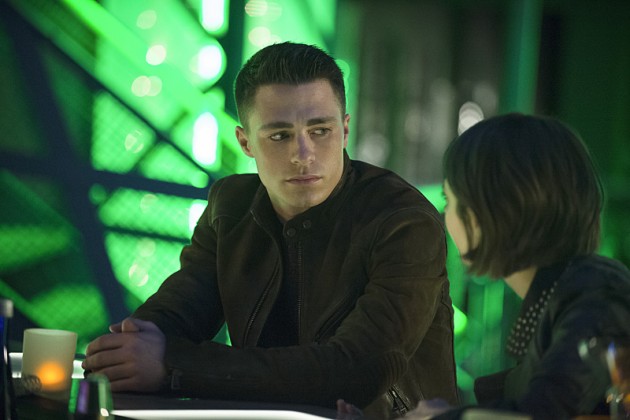 It’s been more than a year since Arrow‘s Colton Haynes left the CW series near the end of its third season, and the 27-year-old actor is opening up about the reason for his departures fromÂ ArrowÂ and MTV’sÂ Teen Wolf, which both occurred midway through the shows’ runs and caught fans of Haynes off guard. In an interview withÂ Entertainment Weekly, Haynes explains that the reason he had to exit both series was due to his life-long battle with anxiety.

“I asked to step away because I cared more about my mental and physical health than my career at the time,” the actor tellsÂ EW. “I’ve had terminal anxiety my entire life. Physically ill, fainting. I’m 27 years old, and I have an ulcer. I had to step back.”

However, Haynes, who appeared in a Season 4 episode ofÂ ArrowÂ earlier this year, isn’t ruling out another return to the CW series. In fact, he’s says he’d “loved to do more [Arrow].”

“Working for Greg [Berlanti] was the greatest experience of my life, and when he offered me Arrow, it was a new beginning for me,” Haynes says. “I would love to do more. They know I love them. I’d go back in a second.”