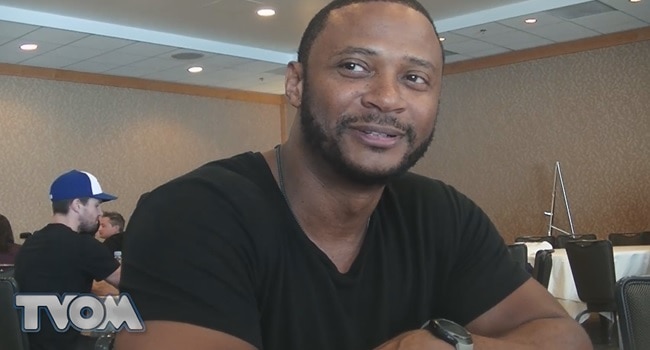 At this year’s San Diego Comic-Con, TV Overmind participated inÂ the ArrowÂ Press Room with several outlets to chat with the cast and crew behind the show to get some insight into what is coming in Season 5. David Ramsey, who plays John Diggle, was one of the great talents we spoke with as he teased what’s happening in the 5th season and what’s coming up for Diggle.

-What he hopes to see in the 100th episode of the series, while taking place in the 4-show crossover.

-Having to lose Laurel Lance a.k.a. the Black Canary as it was one of the most difficult and emotional scenes for him to shoot.

-Diggle getting a new helmet as the previous one caused some problematics for the actor.

-The new progression in the partnership between Oliver and Diggle this season.

Make sure to check out our other ArrowÂ round tables from San Diego Comic-Con as well:Stephen Amell (Oliver Queen/Green Arrow) – Emily Bett Rickards (Felicity Smoak).