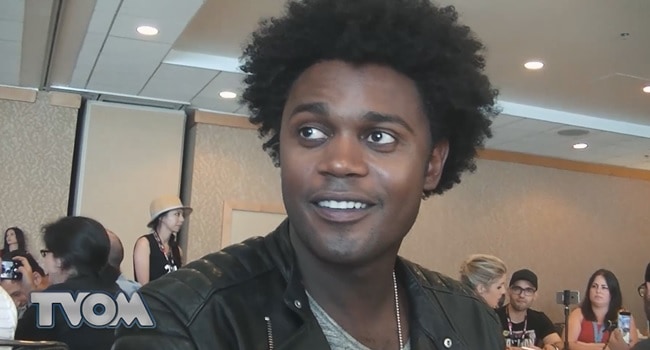 At this year’s San Diego Comic-Con, TV Overmind participated inÂ the ArrowÂ Press Room with several outlets to chat with the cast and crew behind the show to get some insight into what is coming in Season 5. Echo Kellum, who plays Curtis Holt (the man destined to become Mr. Terrific), was one of the great talents we spoke with as he teased what’s happening in the 5th season and what’s coming up for Curtis now that he will be a series regular on the show.

-What he hopes to see celebrated in Arrow’s 100th episode while in the 4-show crossover.

-Out of the other three DC shows individually, which one he would want to guest-star on as a mini-crossover.

-Teasing what we will see happen that will evolve Curtis into becoming Mr. Terrific.

-His physical training with stunts and action as well as teasing T-Spheres coming into play again.