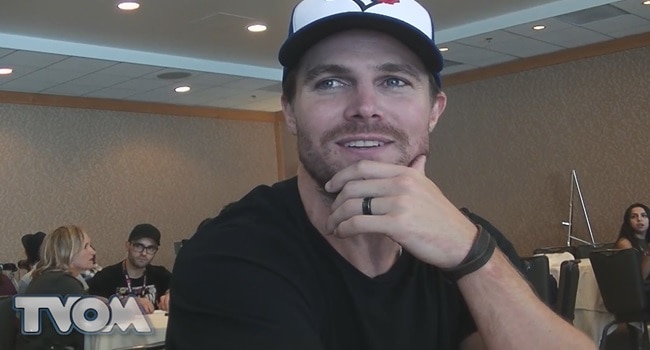 At this year’s San Diego Comic-Con, TV Overmind participated inÂ the ArrowÂ Press Room with several outlets to chat with the cast and crew behind the show to get some insight into what is coming in Season 5. Stephen Amell, who plays Oliver Queen a.k.a. the Green Arrow, was one of the great talents we spoke with as he teased what’s happening in the 5th season.

-What he hopes to see in the 100th episode of the series, while taking place in the 4-show crossover.

-How the show will go back more to the street level rather than mysticism or meta-humans.

-Talking about working with James Bamford again as the director of the first two episodes of Season 5.

-Who Amell is looking forward to work with in the 100th episode as it will be featuring cast members from all the CW DC shows.