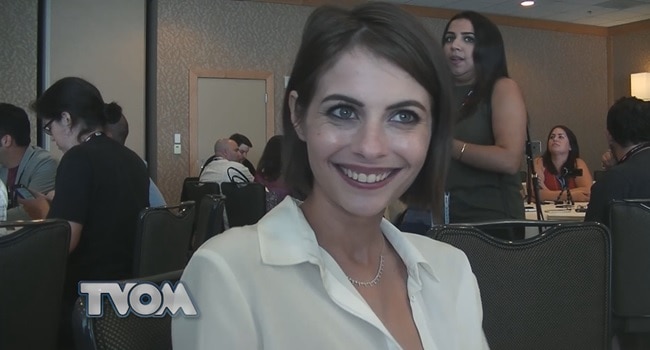 At this year’s San Diego Comic-Con, TV Overmind participated inÂ the ArrowÂ Press Room with several outlets to chat with the cast and crew behind the show to get some insight into what is coming in Season 5. Willa Holland, who plays Thea Queen a.k.a. Speedy, was one of the great talents we spoke with as she teased what’s happening in the 5th season and what’s coming up for Thea after her decision in the Season 4 finale.

-Where we will find Thea in Season 5, both professionally and emotionally.

-What she is most excited about with the 100th episode being part of the 4-Show Crossover.

-Whether or not The Flash’s Flashpoint will be causing any changes on Arrow.

-The physical evolution of Thea’s character as she has evolved her fighting skills over the past two seasons.