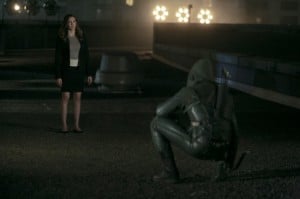 The love triangleÂ will be going strong throughout the month of October on Arrow,Â but it looks like OliverÂ is going to have to work to get back into Laurel’s good graces.Â  Fortunately, his little sister Thea gives him a few suggestions that just might work.

Oliver investigates a murder case at the end of the month that leads him to conclude that an innocent man named Peter Declan was framed for the murder by someone on Oliver’s list.Â  He goes in disguise as Arrow and asks Lauren for help to prove that Peter was framed.Â  Back at Queen Consolidated, Walter is suspicious of the fact that Moira made a $2.6 million withdrawal without telling him, so he has one of his employees look into the situation. 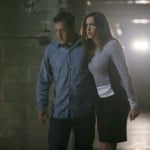 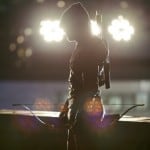 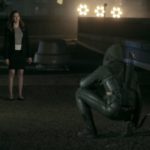