The CW is going back to its superhero roots with the new pilot, Arrow. Smallville ran for 10 years (although it originally aired on The WB network) and ended last year, but a new superhero could take up residence on the fall schedule for the network.

The pilot is currently filming, but The CW and Warner Bros. have already released the first promotional photo for Arrow (view it below). While Justin Hartley played the Green Arrow/Oliver Queen character in Smallville, he is not returning in the role for Arrow. Stephen Amell will be taking over the roll and starring in the new series. While Arrow hasn’t yet been picked up to series, the announcements about the network’s new shows should be made shortly before or during its upfront presentations in May.

The CW and Warner Bros. have only released a basic description of the plot thus far: ‘After being marooned for five years on a remote island, former billionaire playboy Oliver Queen returns with a mysterious agenda and a lethal set of new skills that he uses in a war on crime.’

Don’t expect Arrow to be exactly like Smallville though. Arrow director David Nutter said that this show will be much darker. “When I directed the pilot for Smallville, I knew that making Clark Kent relatable would be the key to audiences believing in him as a hero. Arrow is a different show – darker and harder-edged – but it’s the same core idea. We’re creating a real, believable world in which Oliver Queen can do incredible things. Colleen Atwood’s great work on the Arrow costume reflects that effort.’ 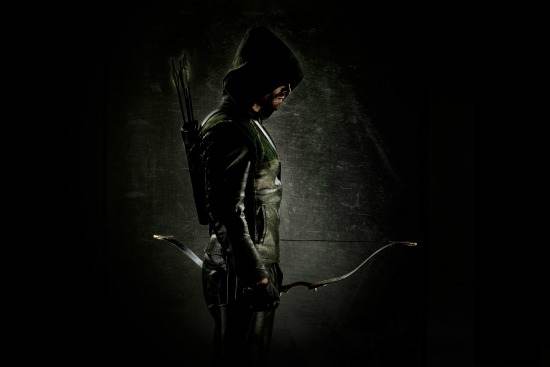