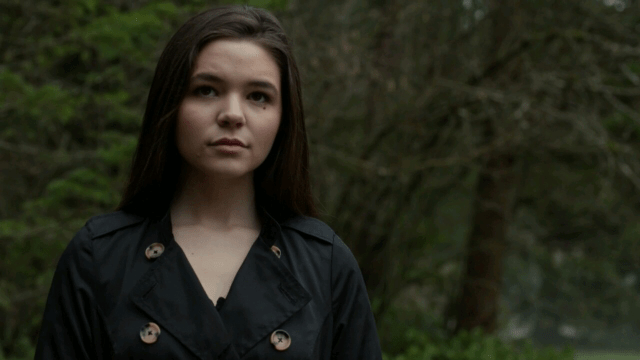 Arrow Season 5 will be bringing a new hero onto the team. The famous DC Comics character Artemis will make her debut on the CW superhero series this fall; however, Artemis will be a character thatÂ ArrowÂ fans have met before, played by an actress who first guest starred on the show in Season 4.

According toÂ Variety, whichÂ first reported the news, Madison McLaughlin will reprise her role as Evelyn Sharp, who will become Artemis inÂ ArrowÂ Season 5. McLaughlin first appeared as Evelyn in the Season 4 episode “Canary Cry,” in which her character impersonated the Black Canary and sought revenge onÂ Damien and RuvÃ© Darhk for the murder of her parents.

McLaughlin will appear in multiple episodes in ArrowÂ Season 5, beginning with Episode 2. Although she originally tried to carry on the mantle of Black Canary last season, Evelyn will now transform into her own hero by taking on the identity of the masked archer Artemis.

While Artemis isÂ a member of the Injustice Society in the comics, theÂ Young JusticeÂ animated series put a different spin on her character, asÂ she became the Green Arrow’s new sidekick after Roy Harper’s departure. Speaking of Roy, this upcoming storyline with Evelyn sounds very similar to what his main arc was onÂ Arrow, as she’ll have to work Oliver and the rest of Team Arrow to learn to control her anger and embrace her more heroic side.

ArrowÂ fans, are you excited for the introduction of Artemis? Comment below and let us know.