Home
Movies
As Long as Tony Todd is in The Candyman Reboot, We’re OK with It 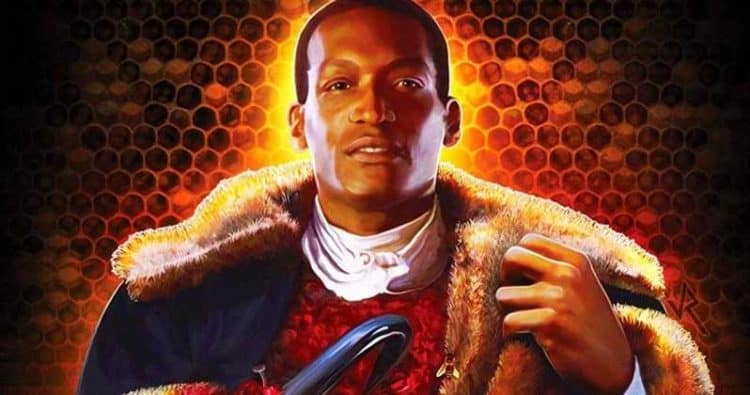 It seems that Tony Todd will be in the reboot of Candyman, but isn’t going to be taking on the role of the titular character once again. He hasn’t played the role since 1999 as Kevin Burwick of MovieWeb reminds us, but it’s been hard to imagine anyone other than Todd taking on the part of the gravelly-voiced apparition that slices into people with his bloody hook and cryptic utterances. It sounds as though the lead role will be filled by Yahya Abdul-Matteen II from Aquaman this time around, which isn’t too hard to accept since thus far he’s been a pretty decent actor and has been seen to have the kind of voice that can possibly do Candyman justice. For some it’s no doubt the idea of change that seems to be against Jordan Peele’s attempt at remaking this horror classic, since Todd was without a doubt the best person for this role years before considering that his voice, his look, and his very presence seemed more than enough to bring the character to life. In fact you could say that people were actually scared to look in the mirror and call the name of the dreaded movie killer, just in case the legend decided to jump from the screen to reality.

As a lot of people know Jordan Peele did and didn’t win over a lot of people when he stated that he didn’t see himself casting a white dude as a lead, as reported by Chris Gardner of The Hollywood Reporter, but at this point that doesn’t seem to matter. The race issues that have been going on in the last several years in the country have been seen to influence the big screen and vice versa since the movies that have come out have been trying to break through one stereotype after another and empower those that seem to think that they don’t have a voice in the business but have still been quite instrumental in the changes that have occurred. With this movie however the act of bringing back an old but popular legend makes it seem as though Peele might be reneging on the idea of ‘having seen that story before’ by drawing upon something that’s been done. But then again, it might be that he thinks he’s bringing back something we haven’t seen in a bigger and better way from a different perspective that we have yet to really appreciate. And he could be right.

Quite honestly, Candyman didn’t really follow the normal horror conventions at every turn when it first came out since the people of color that starred in the movie or even showed up weren’t the only victims. Instead it was possible to see a person of color as the villain who was tearing up white people left and right while slowly but surely making it seem as though the lead actress was the one that was going mad and becoming the villain in her own right. By the end of the first and second movies the white woman became the hero and, in the first movie at least, a legend that earned her own spot in urban folklore. But the narrative of the person of color not making it the entire way through the movie has been an idea that hasn’t held as much weight as some people like to think throughout the years. Mariel Loveland of Ranker puts the truth to this with just a handful of characters, all black, that managed to survive to the end of their respective movies in one way or another. It’s been said that horror movies are where people of color are essentially the victims, and perhaps the most common victims, but if you really want to go down that road there’s plenty of evidence to say otherwise since being a buxom, brainless young woman who bounces pleasantly when she walks, or a jock that thinks he runs the show, are positions that carry as much danger in a horror movie as any other part.

The fact that a lot of black people in horror have either been killed first, are the sidekick, or aren’t there in the first place, tends to run towards whether the director though they belonged in the movie in the first place. Some movies simply don’t call for as much diversity based on the location they’re filmed in or various other factors. But being diverse just for the sake of it is not as good of an idea as some people might think, no matter that it might appease a few people in the audience. Candyman thankfully has never really failed in that regard since it’s been inclusive since the start. It hasn’t shown anyone in a great or shining light and has instead created a dark and very foreboding story that’s equally horrifying to people of every race and color.