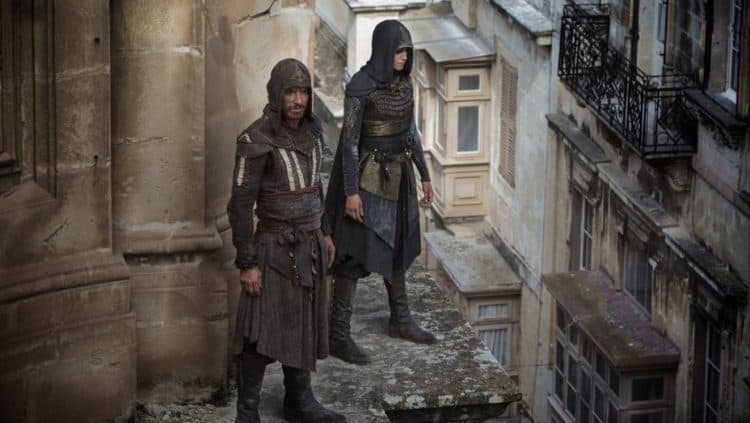 A series should hopefully be better than the movie, right? Let’s be honest, the movie could have been great if it would have focused on the material that fans were hoping for, such as Ezio, or perhaps even Altair, from the games, and less on an assassin that people knew from sight but didn’t know enough about. One downfall of the Assassin’s Creed storyline though is that it does focus around the famed pieces of Eden, notably the Apple of Eden, an artifact from an advanced race that has the power to control the minds of others. The movie was actually a financial success, but otherwise, it’s been panned by critics and fans alike for a number of reasons, but thankfully the action was rather nice since it did manage to show several impressive sequences that had some feeling to them considering the content. One of the only problems was is that the inciting incidents to each action sequence felt insanely flat, as though there was little if any real character to them. The movie could have easily been chopped into several episodes and been far more effective, especially since it might have allowed for more of a story to be told in order to flesh out the characters a bit more. One thing about this franchise is that there is quite a bit of story to it, which is far easier to tell in a series than in a single movie. Whether we’ll be seeing Michael Fassbender’s character being revisited or someone else entirely is hard to say since the Assassin’s guild extends beyond one individual.

While it might not be the plan, it would be nice to go all the way back to Assassin’s Creed: Origins, to see Bayek and his father kick things off and help to build the order just as the Templar’s would begin to grow and expand their influence. Even better would be to see the series continue until it’s established that both the Assassin’s and Templar’s have become too fanatical in their ways to be fully trusted by anyone. While the Assassin’s are usually viewed as the protagonists, fans of the franchise will understand that they can be just as devious as the Templar’s at times and that the story tends to be a balancing act now and then since the Assassin’s have their own rules, as do the Templar’s, and both sides have had to evaluate their members more than once. One has to remember that those that don’t belong to either faction, which is quite a few people throughout the world, still have to deal with the ramifications of both guilds and as a result find the need to choose sides more often than not. The trick of it is that the Assassin’s fight for freedom, while the Templar’s apparently want dominion over their fellow human beings, as the ability to choose how one lives their life is one of the main arguments between the two factions. In other words, both sides are fighting to see who gets to choose the fate of humanity, when without them, humanity might still be a mess, but with one less headache.

There isn’t a lot to be said when it comes to this series yet since it’s still being developed, so casting decisions and even the showrunner are unknown as of yet. A big hope is that this time around the story will focus on a famous name from the game franchise, depending on which timeline the showrunner decides to focus upon. There are plenty of names to pick from after all, from Bayek, Altair, Ezio, Edward, Connor, Arno, Elise, and many others. The story has been injected into the history of humanity in a way that allows it to remain largely in the shadows while affecting certain moments throughout the years for various purposes. A series could explore the lives of said characters and bring them to life in a way that fans have been waiting for and would respond to in a very strong fashion. More than one video game has been given the movie and even TV treatment, but the common mistake is that they don’t always follow the source material as they initially should since this is what draws a lot of fans in. It’s very possible to focus on telling a slightly different story than people were expecting in order to push a different narrative while keeping to the source material in an adjacent manner, but every now and then it’s important to get back to the story that people are expecting and touch upon it before taking off in a different direction. People are going to gripe about this of course, but so long as the source material is still seen to be important then it becomes a way to placate the most diehard fans that want things their way and won’t accept anything less while entertaining those that know little about the franchise.