Home
Video Games
Assassin’s Creed: What Will Be The Next Game’s Time Period? 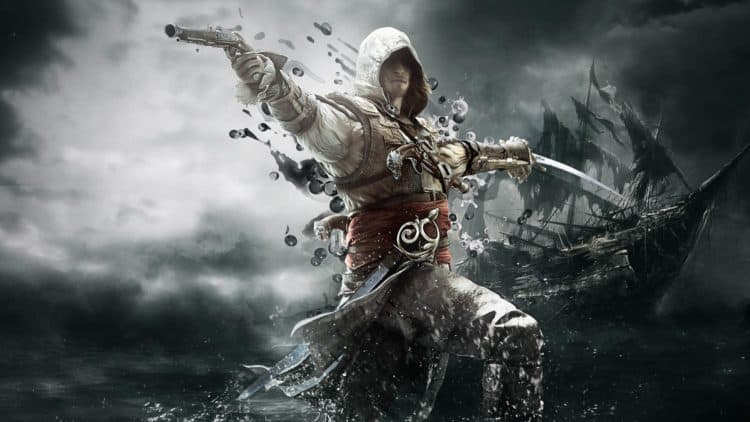 It’s been a while since I’ve played an Assassin’s Creed game. I left off with Origins and missed out on Odyssey, but that game just didn’t spark my interest. Maybe it’s because the protagonists of Odyssey weren’t exactly assassins, which is a pretty big deal, considering the white hood is so iconic. Does it have to be white? Of course not, but the heroes should at least wear one. Speaking of which, it seems the next Assassin’s Creed game will feature another hoodless hero in the form of a Viking.

I know, an Assassin’s Creed game that allows you to play as a Viking? Now that sounds awesome. Assassin’s Creed: Valhalla will be the next installment for the franchise and you get to play as a Viking. Based on the trailer, we’ll be playing a Viking chieftain leading his hordes during the Viking invasion of Britain. The Viking we’ll be playing as is named Eivor and he’s exactly what you’d expect from a Viking warrior. But pillaging and raiding isn’t exactly what the Assassins are all about and it makes me curious as to how he’ll stumble upon their order. Either way, it sounds like an interesting concept, but when it comes to Assassin’s Creed, there’s always the question that just keeps getting asked: what time period will the next game take place in?

This is what keeps the franchise going. As a history fan, I always enjoy seeing these games show their own take on particular time periods. Recently, however, I feel like the franchise has diverted from the its original story. Given the Origins and Odyssey settings, the mythology element that was included gave me a different feeling. Yes, these games are set in an alternate history, but they always made it grounded in their own reality. With the passing of Desmond Miles, there was an opportunity to expand that story even further with his family, but we instead got Layla Hassan. I won’t lie, I don’t find her that interesting. Maybe she’ll interact with Desmond’s father or his brothers in future games, but as of now, her story doesn’t grip me.

But the characters of the modern part of the story are never the reason we revisit Assassin’s Creed. We want to play as more Assassin’s and let’s face it, the time period makes the Assassin. Personally, I’d rather have the series take a dip back in their roots. I applaud them for doing something different, but this Viking Assassin just doesn’t feel the same. Yes, there was that hooded Assassin in the trailers, but if Eivor doesn’t have the hood, then that kind of defeats the purpose. Maybe he’ll get one later in the game, but it’s not on the cover. Yes, that kind of bothers me. Perhaps a Viking doesn’t suit the “fighting in the shadows” technique the Assassins employ. That’s where warriors of other time periods come into play.

Is anyone thinking of feudal Japan? That has been a heavily demanded time period from fans for decades, but the upcoming Ghost of Tsushima is the closest will ever get to playing a Samurai Assassin. You know what? That’s okay, because there are plenty of more times in history to visit. Another popular choice is the World War I era. Heck, why not even jump to the World War II era? Well, Ubisoft hasn’t been to keen on the idea of setting a future game in during World War II. I’m guessing it has to do with the fact that guns were being used during both those wars and the Assassins are more proficient will bladed weapons. Yes, other Assassin’s Creed games have used guns before, but they were either single-shot firearms or small revolvers. A single Assassin facing multiple German soldiers with automatic weapons wouldn’t make much sense.

On the surface, it sounds like a bad idea, but I believe they can make it work. For starters, I believe World War I would be a better setting for multiple reasons. One, not as many soldiers were carrying automatic weapons during the war and attached bayonets to their rifles. An Assassin can dodge their bullets and if they want to get up close, they would meet a bloody end. Another reason would be the Assassin’s ability to actually cross through No Man’s Land. He can use a quick and quiet approach or ride a horse while narrowly evading the bullets or mortars. The Assassin can even assist Sergeant Alvin York with the assault on those German machine gun nests. He can do his thing behind enemy lines and assassinate some high-ranking German officers as well.

But why stop there? Another great setting would be the American Civil War. You can either play as a Confederate opposed to slavery but chooses to fight for the losing side anyway. The Assassin’s have always took pride in their homes and his loyalty would be to his home, despite what the people living there are doing. Or perhaps you can play as an African American Assassin targeting slave owners and traders? It’s a concept we haven’t seen before, but it would make for a good story. For such a critical time in America’s history, it would be fitting that we got an Assassin’s Creed game that displayed what was happening during the war.

Plus, it would flow with Assassin’s Creed 3. As the American people won their freedom, it became clear that not all people were free. Conor saw this as he witnessed a slave auction taking place, showing just how hypocritical the colonists were. Speaking of Conor, why not continue his story and show how he expanded the order in America? There is a score he has to settle with a certain Templar named Shay Cormac, the former pupil of his late master, Achilles Davenport. Let’s not forget that Connor’s father, Haytham Kenway, was Shay’s Templar mentor. Once Shay found out about Haytham’s death, he probably wasn’t to happy about it. A Connor vs. Shay Cormac conflict would be awesome for a future Assassin’s Creed game. Talk about tying up loose ends.