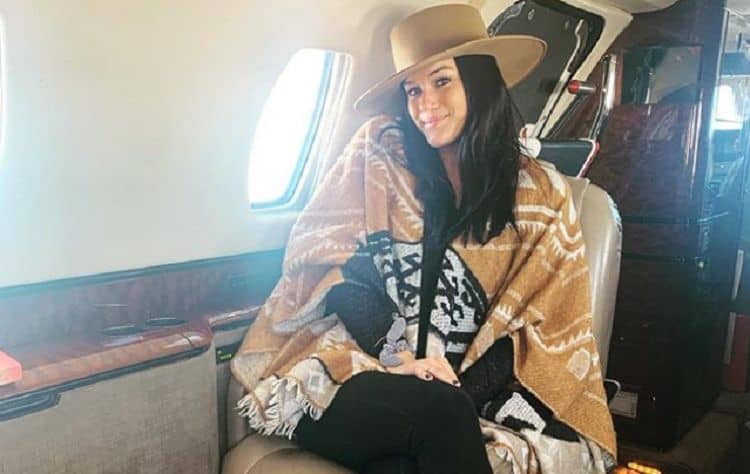 Being in a relationship with a celebrity has its pros and cons. On one hand, it often comes with the opportunity to have lots of cool –and expensive– experiences. On the other hand, it means a lot more scrutiny than the average couple. Sine dating Josh Duhamel, Audra Mari has had to deal with a little bit of both. Since the couple has announced their relationship status, lots of people have been digging into every aspect of her life. Although she had a successful career of her own long before the relationship started, many people only know her through her relationship with Duhamel. Keep reading for 10 things you didn’t know about Audra Mari.

Admit it, North Dakota is one of the places you probably forget to mention when trying to rattle of all 50 of the states. However, North Dakota isn’t as random as you think and it’s actually where Audra Mari was born and raised. She doesn’t live there anymore, but she’ll always have lots of love for her home state.

Josh Duhamel looks great for his age, but he’s actually 41-years-old which makes him 21 years older than Audra. The large age difference has definitely made more than a few people scratch their heads and wonder what they could possibly have in common, but the gap doesn’t seem to bother the couple.

Audra Mari has a long history of success in the pageant world. She entered her first pageant, Miss Teen USA, in 2011 where she placed 1st runner up. Audra then went on to compete in Miss USA 2014 where she also placed first runner up. She finally got her crown in 2016 when she won the Miss World America pageant. After her success in pageants, she also did some work in the modeling industry.

4. She Has Filipino Ancestry

Audra comes from a very diverse background. Her mother is white and her father is Filipino. Her grandfather is from the Philippnes and was a doctor there. He ultimately decided to immigrate to America to give his family more opportunities. She feels a close connection to her Filipino heritage and is very proud of her culture.

5. She Doesn’t Let Negative Comments Bring Her Down

Competing in pageants exposed Audra to a lot of criticism from people on social media, however, she always refused to let it bother her. She told Rappler, “You’ll receive a lot of angry messages on social media, you’ll always [have to deal with] someone who is critiquing you, and you just have to keep your head held up high…”

Family has always been very important to Audra. She doesn’t have any children of her own, but she’s definitely the fun aunt and she’s enjoying every minute of it. She appears to have a niece and a nephew and she loves spending time with them whenever she gets the chance.

Audra isn’t just all beauty, she’s got the brains, too. According to her profile on LinkedIn, Audra studied public relations, advertising, and applied communication at North Dakota State University. She began her studies in 2013, but it’s unclear whether or not she graduated. Even if she didn’t end up getting her degree, she inadvertently ended up working in her field of study anyway.

8. She Used To Get Bullied

People who see Audra now may have a hard time believing that she used to get bullied relentlessly for her appearance, but that was once her reality. She dealt with severe bullying in high school and was often made fun of because of her height. At one point, things got so bad that some students from her school threw toilet paper on her house and egged her car. She has since become an advocate against bullying.

9. She Used To Be An Athlete

Audra may be a pageant girl, but that doesn’t mean she’s afraid to get a little rough and break a sweat. She played several sports growing up and was an athlete in high school. She played hockey, soccer, and volleyball but decided to leave sports behind once she started competing in pageants.

Thanks to her experience in pageants and modeling, Audra has gotten the chance to travel to different places all over the world. Getting the chance to visit new places and experience new things is something she really enjoys. Some of the places she’s been able to visit include the Galápagos Islands, Mexico, and Iceland.