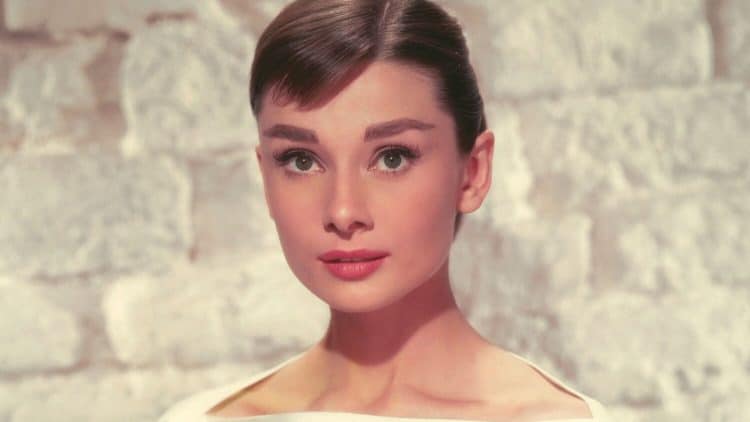 Inspiration kind of has to come from somewhere, and when it comes to Disney it comes from a lot of different sources that have been used extensively over the years. From people to places to legends and myths, Disney has made use of a great many different points of interest that have helped o shape the stories that they’ve been able to deliver to the audience. One such inspiration happens to have been one of the most popular actresses in Hollywood in her time and is still considered a legend at this time. Audrey Hepburn was seen as one of the most beautiful women in Hollywood back in the day, and her influence has been seen quite a bit over the years, including within Disney, since she was the basis for at least a couple of the more well-known princesses that the Mouse House has produced. The two in question are Belle from Beauty and the Beast, and Aurora from Sleeping Beauty.

There’s no doubt that many people can take a look and see how this was done since there’s denying the look of Belle that was the responsibility of Hepburn’s classic appearance. It was more or less her diminutive figure that inspired the appearance of Aurora, as well as the elegance that she was so well known for during her life and career. It’s even been surmised that she might have been a partial inspiration for Jasmine, due to her style of dress and body movements. For anyone thinking that the supposed sexualization of Disney princesses is a huge issue, one might need to chill for a bit and realize how few children really pay attention to the overall garb of Disney princesses versus how many pay attention to the things they say, their attitude, and their overall strength. The days of damsel in distress princesses has been over for a while thankfully, but the grace, beauty, and overall dignified bearing that many of them have been given over the years has been influenced heavily by the princesses that came earlier, meaning Aurora and yes, Belle.

By extension, modeling any princess after Hepburn would have been able to allow the grace and dignity with which this woman lived her life to filter through since by taking on such characteristics one can easily see how the many princesses that Disney has helped to come to life have been able to capture the attention of so many. It’s true that the princesses have changed over the years, as the days of waiting for the prince to come have given way to doing things on their own and taking control of their own destiny, while often accepting that a man in their life is not crucial, but rather desired and beneficial for a complete life. In other words, waiting on the prince or male love interest is no longer the point, but the grace and dignity to recognize the desire for companionship and the wisdom in finding someone that is there for them has taken over.

Hepburn was definitely a strong and capable woman in her time and this attitude has been building over the years, though if Disney took this cue from her as well it wouldn’t be too surprising. Several of the princesses since Belle have been quite strong-willed if not always strong of limb. Most of them have been slight of build, but a lot of them have become much stronger than princesses were in the day of Aurora and Belle, since those such as Jasmine, Rapunzel, Merida, and several others have exhibited traits that are far more forceful while still taking on the look and attitude of dignified and elegant princesses. Things have changed, but many things have stayed the same as the years have passed, and while many people have to be credited for how things have turned out at this point, Audrey is still one of many that have helped to inspire the way that Disney has continued to create some of their more impressive characters. In fact, to many, Belle feels almost like a turning point when it comes to princesses, and she was one of the first that made it known that she wasn’t going to be docile or helpless.

The evolution of the Disney princess is bound to change as the years continue to roll on, but there are a few qualities that have remained and no doubt will remain for many years to come. We have Audrey Hepburn to thank for a good part of that since it’s very likely that her influence extends beyond just two princesses. But it could also be that those two managed to help influence the characters that would come later. Whatever the case, it’s enough to think that thanks are due to one of the most elegant ladies to ever grace the business.