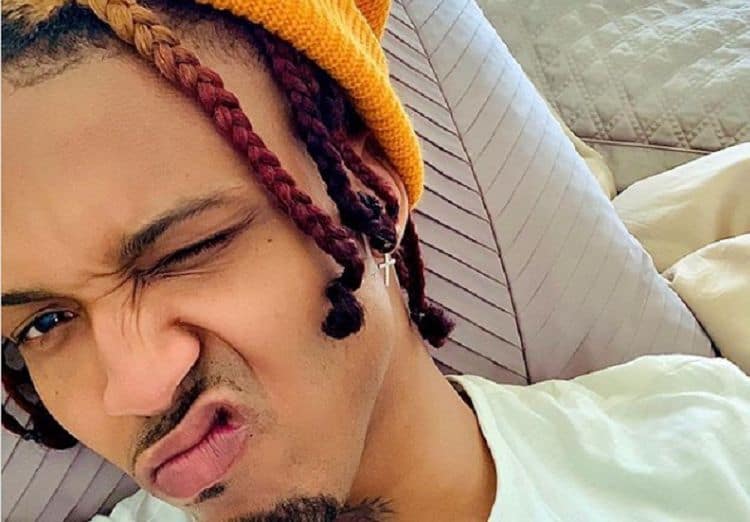 When August Alsina released his debut single “I Luv This Sh*t” in 2013, many labeled him as one of the hottest new artists in R&B. He was poised to have a career as big as artists like Trey Songz, Usher, and Lloyd. However, a series of personal struggles and health issues took August away from the spotlight after the release of his second album in 2013. So when August released his long awaited third album on June 26th, his fan base was incredibly excited. But the excitement surrounding August’s new music was quickly derailed when he did an interview with Angela Yee confessing that he’d had a romantic relationship with Jada Pinkett-Smith. What made August’s story more interesting is that he alleges that Jada’s husband, Will, gave August his blessing. Now the entire internet is buzzing, and those who aren’t familiar with August want to know all the tea. Keep reading for 10 things you didn’t know about August Alsina.

August Alsina’s life hasn’t been easy by any means. In 2010, his older brother, Melvin, was shot and killed. In 2018, Melvin’s girlfriend and the mother of his children, Chandra, passed away on Christmas day after a battle with cancer. August had a very close relationship with Chanda and shared a heartfelt Instagram post in her honor.

After Melvin and Chanda passed, their three daughters had no one. August, who had a difficult childhood himself, couldn’t stand to see his nieces in the same situation. He decided to step in to take care of the girls. He has been raising all three of them as his own ever since.

3. He Has An Autoimmune Disease

In 2014, August collapsed on stage during a performance. At the time, the incident seemed like a random occurrence, but in 2017 he revealed that he was suffering from an autoimmune disease that attacks his liver. After sharing the news, August said, “Reality is that I’m sick all the time. I don’t really like to talk about it because I’m not looking for anybody’s sympathy.”

4. He Sometimes Forgets To Eat

Despite health setbacks over the years, August never stopped working as hard as he can. It goes without saying that life in the music industry isn’t always easy and sometimes long hours are required. August says that he sometimes spends so much time working that he forgets to eat.

5. His Father Struggled With Addiction

When August first started posting covers on YouTube over a decade ago, he had know way of knowing they would eventually lead to a record deal. August got discovered after posting a video of himself singing “Hypothetically” by Lyfe Jennings who is one of his favorite singers.

The issues with his liver aren’t the only health problem’s August has had. In 2015, when he was just 22-years-old, he reveled that he was going blind. He said, “So I have this eye disease.. Blind in my left, and losing vision in my right. In order to prevent my eyesight from deteriorating i had to do this surgery.”

8. He Toured With Usher

Usher is one of the most successful R&B artists of his generation. Over the course of his career, he has won 8 Grammy Awards and been nominated for 22. At the beginning of his career, August got the chance to be an opening act on Usher’s 2014 tour, The UR Experience.

9. He Took A Selfie With Beyonce

When it comes to the entertainment industry, there is no name as big as Beyonce. Widely referred to as The Queen, Beyonce isn’t an easy celebrity to cross paths with. However, August was lucky enough to not only meet Beyonce in person, but to take a selfie with her.

As a native of New Orleans, August grew up listening to other artists from the area like Lil Wayne and the rest of the artists on Cash Money. Once the possibility of getting a record deal became a reality, August had his sights set on signing with Cash Money. Although he had met with the label and was in talks of doing a deal, he ultimately ended up signing to Def Jam.