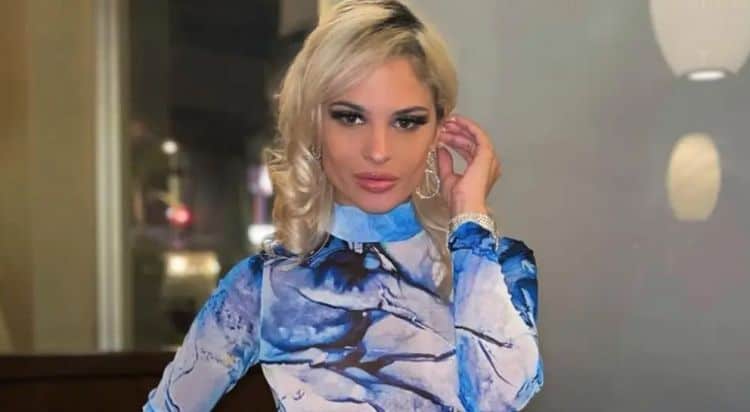 Ava Marie Capra is sister to Chanel Marie Capra, and the two are the sister duo trying to win $100k on the reality show, “The Circle,” alongside nine other influencers. They want to win. They will do anything to win, and they are not stopping for anything. They are ready to win the title, take home the money, and make things happen in their lives, and now they are focused on things that will make their lives better, but fans want to know more about influencer Ava Marie Capra. Here’s everything you did not already know.

Ava Marie is young. She’s only 26, but she’s living a good life. She’s a New Yorker who grew up in the Bronx with her family. She’s always had big dreams, and she’s always had the desire to make something of herself. She’s doing it.

Not only is Ava Marie a reality show competitor, but she is also a singer. She is also an actress. She also likes to spend time modeling and influencing. She’s a little bit of everything in the world of creativity, and there is nothing she won’t try if she feels she can do well.

3. She Is a Reality Show Vet

This is not the first time this sister has appeared on reality television. In fact, this is the second time. She was one of the contestants on the twenty-second season of “America’s Next Top Model,” but she did not win. She was the 12th place winner of the twenty-second season. Perhaps it was her height? She’s not exceptionally tall standing at only five feet, five inches.

Ava Marie is young, and she’s been through a terrible tragedy. No one should lose the love of their life so early in life, yet she did. The man she loved and was with for a long time was diagnosed with brain cancer years ago. He lost his battle with cancer in 2019, and she was more than a little heartbroken by her sudden loss.

5. She is the Younger Sister

If you’re wondering whether Ava or Chanel is the older sister, it’s Chanel. Ava is, as mentioned earlier, only 26. Her sister Chanel, however, is actually 43. There’s a large age difference between the two, but that doesn’t mean that they are not close.

6. She’s Got a Large Following

Ava Marie has many followers on Instagram. She’s got well over 200k followers at this point, and we imagine that her new stint on reality television will only increase her following. Her sister doesn’t have nearly as many, but she is settled in right at the 10k mark, which is still impressive.

7. Her Fans Weren’t Happy with her ANTM Elimination

When Tyra Banks and company eliminated this model and put in her 12th place back in 2015, Ava’s fans were not thrilled. In fact, it was a rather controversial moment for the show when fans stepped up to say that they did not think she should have been the one to go home considering how well she’d done the week prior. It was a mess, but she did grow her fan base as a result.

8. She Tries to Be Professional

Even when she was only 19 and had her hair cut into a model mullet on national television, she was professional about it. She did not love it, her confidence suffered, and she was rather unhappy, but she kept her professionalism the entire time. She knew what she might be getting herself into, and she didn’t let it get to her from the outside looking in.

10. She is The Only Sister Duo Competing on Reality Television

“The Circle,” doesn’t usually feature duos, but this is a different moment for the show. They’ve allowed these two sisters to compete together when everyone else is competing on their own. There are those who feel the situation is unfair, but what in life is ever fair? Nothing is fair – you do what you do, you make the most of it, and you take the advantages when they’re offered. It’s life.