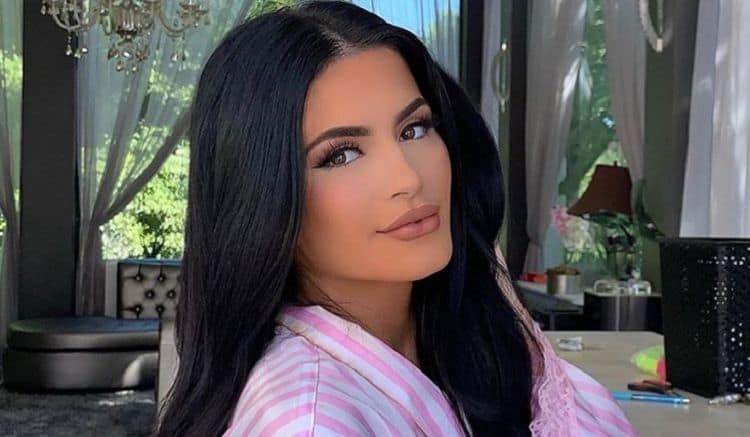 The beauty pageant industry is big business, and it’s something that’s been around for decades. For as long as we can remember, little girls and young women have been competing with their best gowns, their big hair, and all the makeup to try and win pageants, trophies, and scholarships. While the little girls you see on television aren’t competing at quite the Miss Teen USA level, they’re working their way up to that. Ava Tortorici is one of the young women currently ready to compete for the title of Miss Teen USA, and we thought we might just get to know the young beauty queen a bit better.

Ava Tortorici is a college student. She’s attending Montclair State University in New Jersey. Her current goal is to go into medicine. She’s double majoring in biology as well as exercise science. It’s clear to us that she’s an intelligent young woman with big dreams and goals for her own future. We should also mention that she’s smart enough that she’s got a 4.1 GPA.

When she’s not competing in beauty pageants, studying to go into medicine, or hanging out with her sorority sisters, she’s actually busy being very athletic. She’s part of the coed cheer squad at the college, which is not something that is easy to achieve. She works hard, she’s talented, and she’s got a gift she’s not afraid to share.

Despite the title of the pageant she’s involved in, she’s not a teen. She’s actual 20-years-old. It’s all right, though, because that’s something that’s permitted and allowed. Her birthday just happens to coincide with a few other dates around the pageant, and it all works out.

She’s not just part of a Jersey college. She’s a Jersey girl, too. She’s from Montclair, so it makes sense she would want to stay a bit more local to go to school. Ava is close to her friends and family, and the place where she grew up, which is nice for her at this time in her life.

This is probably obvious since she is going on to Miss Teen USA. She was a teen when she won this title, so she does get to go on and have a little more fun with the rest of her title. She was crowned in 2019, and she is excited to move on with her pageantry and to see where this takes her.

When she’s done with med school, she’s got a dream. She already knows where she is going to work, too. She’s going to get a job working as a Sports Cardiologist for the NFL. There aren’t many women in this role, and she’s looking to mark herself as one of the very first females to take on a job this big in the United States. We told you she’s got some big dreams and goals.

Yes, you heard us correctly. The year was 2015 and she founded herself a nonprofit called “Athletes with Asthma,” in which she works to raise awareness for the many young men and women who are working through their athletic dreams while also struggling to live with asthma. It’s a situation that is close to her heart, and we appreciate that she was able to do this when she was only 15 years of age.

When she was younger, she almost died because she suffered a serious asthma attack. This is why it is so important for her to raise awareness for young men and women who live with asthma but also want to continue their dreams of pursuing athletics. She’s lived through it, and she knows how important it is to her fellow athletes to be aware of the dangers of this situation.

When she’s not busy with everything else in her life, she’s big on spending her time giving back. And, she’s not just giving back to her own nonprofit. She’s giving back to many organizations, and she’s fighting to raise money for cancer awareness, specific hospitals, and even her own church. She’s a girl with a dream, and she’s living it each and every day.