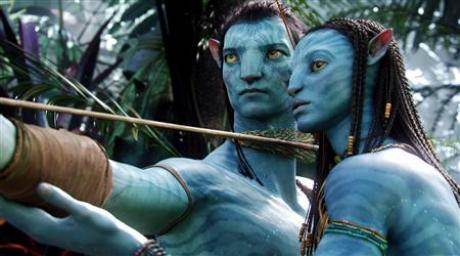 In case you live under a rock, I’d like to inform you that James Cameron’s Avatar (his first movie in 12 years) will be opening today. Cameron’s intention was that we all view his masterpiece in glorious IMAX 3D — or digital 3D, assuming you had to settle. But once we have all had our eyeballs set themselves upon the beauty of Pandora in a large movie theater in the third dimension, how will we ever be able to debase our viewing experience enough to watch it on our televisions — 42 inch LCD screens that they may be.

Well, that’s precisely why several television manufacturers — including Phillips and LG — are currently producing and selling 3D televisions. Of course, like any new technology, they are expensive (I remember when my father paid $500 for our first DVD player). But eventually, with mass production, they will become cheaper and more commonplace.

So the question becomes: will Avatar (and other movies like Avatar) change the face of television? And, more importantly, does television really need to be 3D?

This is a tough question. I ultimately consider television and movies to be two entirely different mediums. By its very definition, movies are bigger. They are more expensive to produce, they generate more revenue, their stars get larger paychecks and more stuff blows up. Which is why 3D adds a delicious bonus to movies. If the scenes are meant to be in-your-face, then it’s awesome to watch sharks jump out at you or see a bullet racing towards you. If the 3D effect is more subtle, as Cameron’s Avatar is intended, then it brings an extra depth to the viewing experience that works to place you within the movie itself. So, of course, it’s amazing when movies are 3D. I had forgotten the joy of it from my youth, as I had not seen a 3D movie in over 10 years until recently.

But is it necessary for television? 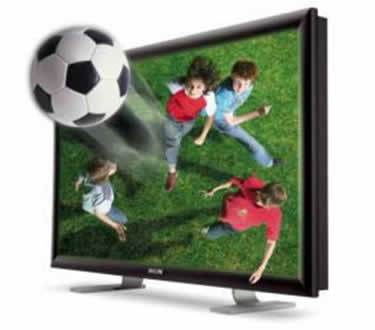 Do we need to see situational comedies in 3D? Will that enhance the experience of shows like 30 Rock or Modern Family? Frankly, it probably wouldn’t. Would 3D benefit shows that are more action-based, such as LOST or even crime shows like CSI? It probably would. But isn’t that, in a way, like the debate with movies? I saw Up In the Air this past weekend and adored it, but I certainly don’t ever need to see it in 3D to appreciate it. Not all movies need to be in 3D, just like not all television shows need to be in 3D. In fact, a fewer percentage of television shows than movies would probably be more enjoyable in 3D.

So we are left with a dilemma. 3D is never always necessary and, I believe, it will always work better for movies than for television, but it is a bonus. And in an age where people are scrambling for televisions with a clearer picture, surround sound systems and all manner of gadgets, then yes, Avatar will probably change the face of television. In fact, Blu-ray Disc Association has recently finalized its specifications for 3D Blu-ray players, with the intention that they will begin production in 2010. The future is now, people, and with the big studios and technology manufacturers on board, there is no stopping it…unless, of course, the public rejects it entirely, which is unlikely.

Here’s a big problem with 3D in general: the glasses. I wear glasses. And because I don’t wear contacts, I have to place the glasses on top of my own glasses. This is annoying because I have to watch the movie through two lenses instead of one. Since I’m not the only person in the world who wears glasses, I imagine this bothers other people as well. Do we want to be sitting around our homes wearing these glasses for hours at a stretch? Apparently there’s a special 3D television from Phillips called the WOWvx that does not require the use of glasses and brings an extra depth to the viewing experience (it even goes so far as saying that the images will jump out at you). The question of whether or not it is the same 3D experience as with the glasses remains to be seen, as does the possibility of truly having an immersive experience without the glasses, but I’m sure technology like the WOWvx will influence future 3D televisions (see a YouTube demonstration of WOWvx below).

All complaints of glasses aside, the fact of the matter is that we do watch movies on television, so if a movie like Avatar is intended to be viewed in 3D, then watching it on a 2D television will never be the same. If the movie industry intends to increase the number of 3D movies, then 3D television is the next logical step. Joss Whedon’s newest horror movie, Cabin in the Woods, recently had its release date delayed so that the movie could be transferred into and released in 3D. Pixar’s recent blockbuster, Up, would probably be a lot more fun when viewed on a 3D television. And wouldn’t it be great to be able to watch our old Star Wars DVDs on 3D in the comfort of our homes? Of course, that just gives George Lucas an excuse to come out with yet another Star Wars box set, but that’s besides the point.