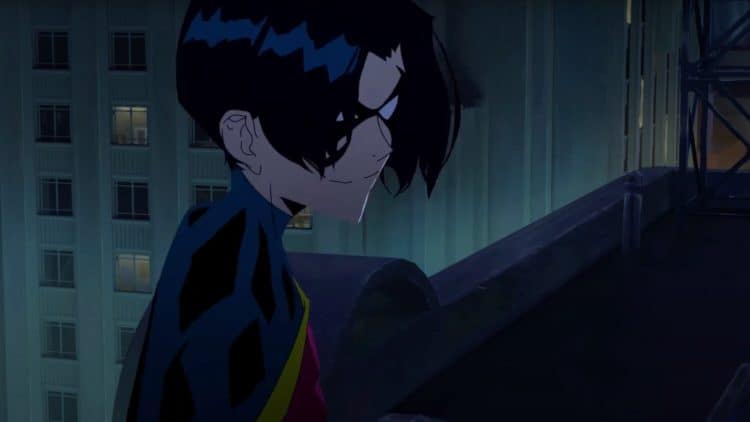 It’s short, simple, and to the point, and it’s likely this took the fan that created it a little while which makes it a bit more impressive since just thinking about what it takes to make an animated series work is enough to make a person shake their head and imagine the hours that go into each episode. That’s why fan-made material is so impressive even now since the advances in technology have definitely made it more possible, but there’s still the idea that one has to put in the effort and the time to make it worthwhile and to ensure that it looks smooth and professional enough for people to actually enjoy it. Just from this perspective it does feel a little choppy and not quite as smooth as it could be, but that could be the style of animation as well and not something to really nitpick about since everyone has their individual touch when it comes to what they put on the screen, and as a result, praising Danny Araya, the creator of the clip, is a lot easier than trying to critique the work, unless of course, those looking at it are animators that can give the kind of constructive criticism and advice that might help the creator improve and learn a little bit when moving forward. For the rest of us, it’s probably better to be impressed and offer our own insights without really trying to delve too deep into something we don’t know enough about.

Sometimes it is possible to look down on fan-made material if only because it feels unfinished and a little slipshod since it’s a first attempt or the fan has perhaps not taken into account just what people are going to be looking for and how they could fix it. But every attempt should be given at least a little credit since a lot of fans take great pains to create something that they happen to like and will go to great lengths to make sure it’s their best attempt. Some folks enjoy the idea of animation but might not get all the finer points while others are nearly obsessed with getting everything so nearly perfect that they probably take every spare minute they have to complete each clip they create. Obsession is something that’s easily understood by those that live to create something since it does take up a lot of your time and, if you’re really dedicated, it will begin to take up a good portion of your life. There’s nothing wrong with it, to be honest, but there are times when every creator needs to step back and gain a bit of fresh perspective on what they’re doing, and how it’s affecting the world they control.

This clip feels as though it might have taken a pretty decent amount of time, but it did come out looking very neat and perhaps a little choppy, but as I mentioned that could simply be the person’s style that they’re throwing in to keep it unique to their skill set. What appears one way to one person might not appear the same way to the next if that makes sense. Perspective is a big part of how we enjoy what we see, hear, and can create a personal bias when it comes to entertainment, and for the most part, this clip feels well done and not too over the top and definitely not too understated. It’s a very clear and concise clip of the boy wonder, Robin, running along a rooftop and then swinging away as people might expect, and it works beautifully for what it is. Obviously, a lot of people are going to want to know what comes next since when it comes to Robin and any of the Bat-family they don’t usually go swinging idly around the city just for kicks. Or maybe they do, I’m not entirely up on Robin lore these days, but there’s usually a story to be had within the action since Robin and the rest of the group are usually outfitted to go fight crime whenever they’re out on the streets since just walking out in costume isn’t something they’re known for unless there’s trouble. So if the fan is interested in continuing the clip it would be interesting to see where it might go since a fight sequence might be intense with the way this already looks.

Robin and the entire bunch have been shown in a number of different ways and have been drawn by so many different artists and fans alike that their look has changed continually over the years. But this depiction doesn’t deviate that much and it’s easy to think that other fans might appreciate that part and the fact that it keeps the boy wonder as true to form as possible.