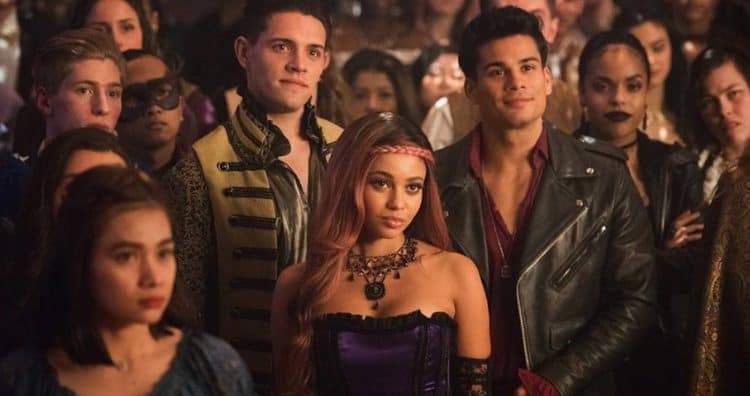 Three seasons into the show, and Riverdale is still going strong. At first, it was difficult to imagine the beloved comic translated into a mystery/suspense show. However, the creators of Riverdale have done an excellent job of transforming the characters into something alive and thriving. Itâ€™s been three years, and we can safely say that weâ€™re still hooked. Fans have been left confused and pining for answers with each episode ending. With the end of season 3 looming, fan theories have abounded online left and right, and theyâ€™re nothing short of mind-blowing. Here are 10 of the best Riverdale fan theories that are circulating right now.

This is an easy one. Riverdale fans were quick to dismiss this event because it was just so unbelievable. In Season 3 Episode 19, Fear the Reaper, Betty Cooperâ€™s father Hal was killed off from the show. However, the circumstances surrounding his death were so random, it left fans more doubtful of his death more than anything. It wouldnâ€™t be surprising to see Hal come back into the show somehow, and when he does, weâ€™d feign surprise even though we suspect heâ€™s alive (and probably hurting) somewhere. Just as Express said in an article, show us the body, then we can talk.

Itâ€™s easy to play detective when youâ€™re watching Riverdale. Actually, itâ€™s hard to resist. When Chic came into the picture in season 2, we were immediately interested about his backstory. We later found out that he was actually an impostor, and that Charles Smith, the son of Alice and FP, was actually dead. We were introduced to a new character in season 3, Kurtz, and many fans believe that heâ€™s actually Charles Smithâ€”alive and well.

3. Kurtz is the Gargoyle King.

There have been many speculations as to who the Gargoyle King might be. The show even hinted on specific characters only to debunk the hints in later episodes. Yes, we also thought it was Tall Boy at first. However, recent events in the series led us to believe that the Gargoyle King must be the leader of the Gargoyle Gang. Thatâ€™s none other than Kurtz himself. According to Elite Daily, Tall Boy was nothing but an impostorâ€”someone just dressing the part. Kurtz on the other hand seems to be the real deal.

This fan theory is one that really makes us scratch our heads. One theory suggests that the entire show of Riverdale is nothing but a game of Gryphons and Gargoyles. Thereâ€™s a lengthy Reddit thread discussing the possibility of this theory. According to one suggestion, everything that happens on the game also happens in real life. Could it be true? With a show like this, nothing is really impossible.

5. Jugheadâ€™s not just telling a story.

We all know from the pilot episode that Riverdaleâ€™s story unfolds as a narration by one of its principal characters, Jughead. However, episodes in the past have shown that Jughead has been unreliable as a storyteller. Comicbook.com states that with his recent investigations into Gryphons and Gargoyles, Jughead is more likely to be a gamemaster than a storyteller. What if this was the case and Jugheadâ€™s game manipulations actually control things happening in real life?

Could it be that Jason Blossom is actually still alive? Fan theories have suggested just that fact. While his death set off the entire series, thereâ€™s many reason to believe that he might actually be alive stillâ€”and what a twister that would be. Thereâ€™s video evidence of Jasonâ€™s death, but Toni, Cherylâ€™s girlfriend, explained in Episode 18 from Season 3 that videos can easily be faked these days. If Jason Blossom is still alive, weâ€™d have to sit him down and ask him all the questions that weâ€™d have.

7. Hereâ€™s another one of Aliceâ€™s possible sons.

Chad Michael Murrayâ€™s Edgar Evernever character in Riverdale has been active in the show this season. In Episode 18, Betty did her own investigations on Edgarâ€™s true is, and she came up with absolutely nothingâ€”no surprise there. Weâ€™ve since discovered that Edgar is married to Evelyn, and Evelyn is actually 26 years old. Even with all those details and even though the numbers may not align, many fans still suggest that Edgar could still be Aliceâ€™s long lost son, Charles Smith.

8. The Blossoms made a damning deal.

No one could be as sinister as the Blossoms, and according to Teen Vogue, the sinister might be literal. All fans are familiar with the Blossom family curse. Twins run through their bloodlines, but one twin always meets an unruly fate. The other twin almost always brings upon this fate. However, fans are just now thinking that thereâ€™s a chance the Blossoms might have made an actual deal with the devil to bring upon this curse. You canâ€™t ever put it past them to do something so evil.

9. Archie and Jason are half brothers.

Sound a little too far-fetched? Maybe. But nothing is impossible with a show like Riverdale. Bustle reports that this situation might have happened if Mary had an affair with Edgar Evernever before settling with Fred, Archieâ€™s dad. Is it really difficult to imagine Archie and Jason Blossom as somehow related? Just look at the hair. Thatâ€™s hint enough for days. Once Jason comes back into the picture this season, which everyone is predicting to happen in the last couple of episodes, weâ€™ll know for sure.

In the comic books, Archieâ€™s biggest rival for Veronicaâ€™s affection is Reggie Mantle. We have yet to see this on the show, but with the Archie-Veronica relationship on the rocks now, it might be time for Reggie to step in. This might not sound all to crazy for a fan theory, but letâ€™s just add in a few other details to make it interesting. Fans believe that the love story is going to evolve more into a love square than a triangle. We might see Archie and Bettyâ€™s endgame story begin to unfold, while Reggie and Veronicaâ€™s start to happen. Or the show might completely bring in someone newâ€”or bring back someone already dead.