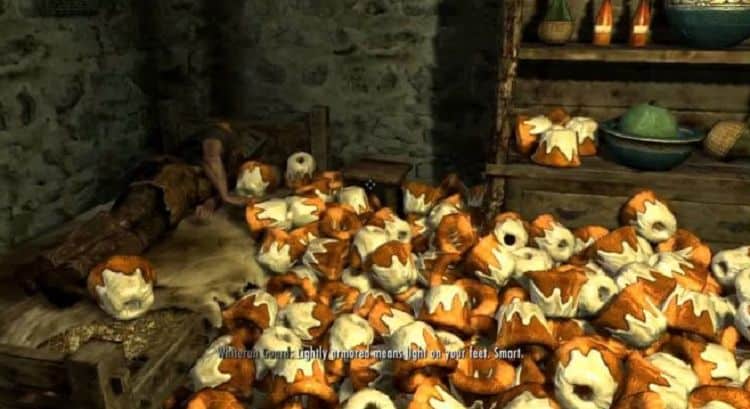 Binging with Babish is always fun since he tends to give a lot of background on what he’s doing whether it’s information on the dish or why it’s being created or, something. Skyrim sweet rolls look absolutely great but they look like a lot of sugar from the way Babish does it. This guy is a lot more technical with his cooking than a lot of people but to be fair he’s extremely good at it so if it works then it’s something that’s easy to appreciate. Plus, the fact that he gets as an accurate as he can is great since he wants to get the recipe down as well as he can, even if it turns out to be less palatable largely because things were likely a little different back in the days that this kind of treat might have been made. Obviously the recipe from Skyrim had to be taken from somewhere as rattling off ingredients that are found only in the game wouldn’t work too well. But taking from human history and coming up with something that might have actually existed back in the ancient days is kind of interesting since when one thinks about it, the baking methods of that long ago day were probably far different than they are now, but there are likely similarities as well that have only changed a bit due to the advances in technology.

The Skyrim sweet roll does look pretty good, but hearing that it’s a bit tough isn’t hard to believe since the methods used back in the day as opposed to now are so vastly different. There were plenty of tools to be used as far as baking went, but doing everything by hand meant that it was a lot tougher, there was more time required, and likely as not, bakers were probably fairly strong individuals. It’s not something you might think of all that often since if a baker was a warrior they weren’t always recognized as such, but when you think about how long it took to knead, to roll, and to mix certain foods, plus the fact that bakers had to do this constantly and without cease for their families and possibly for a village, they had to be seriously tough and not at all weak. In other words, if a baker knew how to fight and how to do more than just knead dough it wouldn’t have been too surprising, but the truth is that bakers and fighters aren’t really seen to go hand in hand in literature or even in games.

One reason that Binging with Babish is so much fun is that he’s not exactly a comedian but he does keep things light and airy, kind of like his pastries, unless he’s making something heavy or meaningful. He also takes on some very interesting challenges since he’s managed to create several delicacies and interesting dishes from a good number of pop culture favorites that people enjoy. Granted, the crayon sandwich from the Simpsons was kind of odd and hopefully no one ever tries a bit just to satisfy their curiosity, but it was an amusing video all the same since the fact that he took it on means that he’s not intimidated by a good challenge. Obviously he plans things out and no doubt gauges whether or not it’s worth his time to take on one challenge after another, but the great part is that he makes it fun, he makes it interesting, and more than anything he does manage to inspire some people to give it a try since he walks the viewers through the steps in his own way. Thankfully the internet allows a person the capability of running a video over and over in order to allow them to get the point of a video and understand just what they need to emulate someone if they so desire, because Babish does kind of plow straight ahead without really waiting or giving indication that he’s going to teach at a different pace. But that’s a part of what makes his show so entertaining, he’s there to showcase a recipe and possibly give a person something to follow at the same time. He’s not really there to teach or guide a person through the recipe, but instead is there to inform and show a person a good time and do this own thing.

Thankfully pop culture is full of recipes and delights that will hopefully keep Babish busy for some time to come since he’s a lot of fun to watch and a great way to spend a little bit of time finding out how to make something that’s been seen on TV or in the movies, or in video games. Out of personal interest, it’d be interesting to see if he could ever make weenie tots from Married With Children.