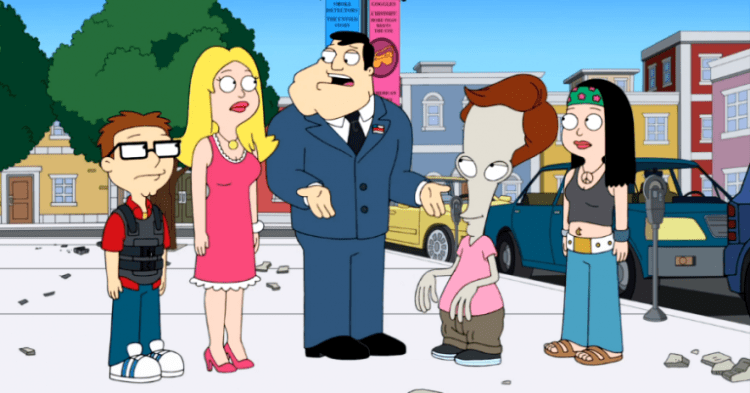 Just to be clear, and it’s no fault of Babish’s, but the meat-ghetti and spag-balls sound like too much work for not enough of a payoff. The whole idea of switching the two around is something that feels like it belongs to an opposite day-themed party but not to the rest of the world in any way. The fact that Babish had to get scientific with this one when trying to put everything together was a little disturbing since one had to wonder, much as Babish did if the food was even fit for human consumption any longer. But the manner in which Babish soldiers on and keeps going with it is impressive and inspirational since working in the kitchen on new dishes can be a hit-and-miss process at times and it’s important not to give up. But at the end, he obviously did concede that the dish is something that’s a little difficult to make since deep friend spag-ball don’t really sound that great, and neither does something that looks like a scab that came from an elephant’s leg.

Even the first attempt didn’t look that great but it did look slightly better than the second one since the meat-ghetti actually looked like someone couldn’t find a bin or a toilet and used the plate instead. As for the spag-balls, they didn’t look too bad but did appear kind of awkward since they would likely need to be classified as finger food at that point. This might be one of the meals that need to be left in the cartoons and possibly practiced a little more before really jumping out and trying it again, but the fact that Babish did challenge his viewers to try by enticing them with what looks like an expensive cutting board and rolling pin should do the trick. When one comes to realize how much stuff like this really costs, especially if they’re good, quality items that will last for a while, then such a challenge is definitely worth it if one knows how to cook.

Out of all the meals that Babish has made, and he’s made a few doozies, this is one of those that doesn’t look appealing at all. Turning meat into noodles certainly doesn’t sound like such a bad thing, but obviously it’s not quite that easy and does require some skill. It might have been nice to see if he could recreate the chicken noodles he was talking about, but ground beef noodles apparently take more effort than this, and it’s easy to think that he might have tried more ways than we were able to see. But while the spag-balls were probably simple enough, they feel so impractical in some way that adding them in almost felt wrong somehow. The many creative ways that chefs around the world have been seen to create meals seen to influence a great number of cultures and has also gone on to change how people think about food, but this dish is something that was kind of dead in the water the moment it was presented since only half of it is really even close to impressive while the other just looks like something that should be taken out and shot, repeatedly, until nothing remains. It’s excessive, but it feels right.

The fact that it came from an animated series isn’t really why it doesn’t work, since Babish has created other delicacies from cartoons and they’ve worked just fine. Quite simply, it’s the look of the meat that just looks wrong, horrible, tainted, evil,…okay I’m rambling, but it just looks wrong in a way that is almost unforgivable, even though it’s likely that some folks would think it looks appetizing. It’s almost like someone shaped baby food into a noodle-like pile and said ‘bon appetit’. No offense to Babish since he did try, but this is just, yikes. It might be interesting to try making the spag-balls though since they do look appetizing enough to consume, and could possibly be a nice, quirky way to get kids to eat pasta too unless they were a little too tempted to see them as interesting toys to toss about.

However the food turns out it’s always a lot of fun to watch Babish work and come up with these recipes since the guy is great at what he does and it’s easy to just sit and watch as a meal comes together. It’s not surprising to see him hawking merchandise on his channel since he’s definitely earned the opportunity and has been doing great for long enough that it’s the smart move. Actually having one of his cookbooks is interesting since trying to replicate his recipes has been pretty fun, even if it’s not always a success. It’s actually interesting to wonder what he’s going to come up with next.