Home
Entertainment
Babish Shows Us How to Make the Meatloaf Sandwich From “Trollhunters: Tales of Arcadia” 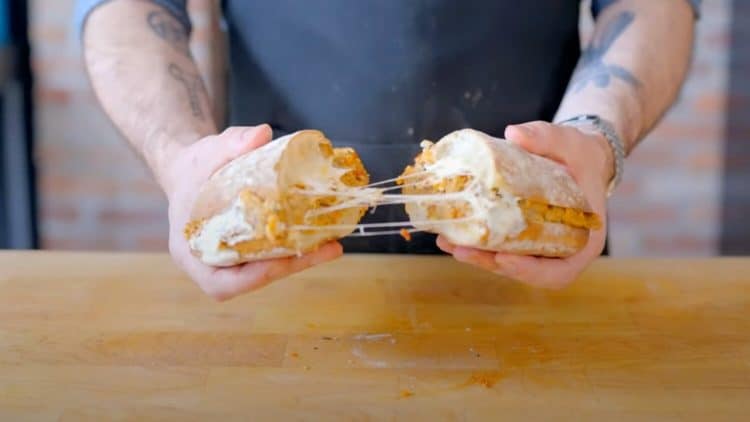 This almost makes me feel like a savage just for tossing ingredients into a meatloaf and calling it good once it’s cooked. Yep, almost. But Babish is an artist, there’s no doubt of it, and the creations that he takes and demonstrates from so many movies and shows are simply amazing most times since they come out looking great and tend to make a person very hungry since let’s be honest, meatloaf is great for comfort food given that there’s so much in it that can warm and fill the belly all at once. The meatloaf sandwich from Trollhunters: Tales of Arcadia, does look and sound as though it takes a bit of patience and time to complete, which means that those of us that don’t have a lot of either might need to put things on hold if we want to try our hand at completing this dish. Personally, it looks great, but having the skill with bread has never been my forte, and therefore I’d gladly leave it to Babish and any others that have the mind to try it.

But it does look quite tasty and there’s no doubt that the added spices that go into the meatloaf make a huge difference since even with very little when it comes to spices, the difference is often mind-blowing since a little can go a very long way. One great thing about meatloaf though is that it’s a very versatile dish since there are so many recipes that can be used to make it. Some people take a large number of ingredients that sound as though they might be great together and toss them into a mash that comes out as a loaf that might not always look pretty but ends up being quite tasty. I know, that’s for us heathens that don’t fully understand the art form of creating visually appetizing food but give us credit, we enjoy the taste and respect the work that goes into it, even if we don’t have the patience to make it happen.

Babish and those like him have a definite talent for this kind of thing that is simply amazing and fun to watch. On top of that, it’s also very cathartic since there’s something about watching food being cooked that’s relaxing and not that demanding no matter that the skill needed for various dishes is kind of obvious to observe. There are plenty of people who wish that they could cook like this and there are those who, if they tried, would be able to replicate this kind of success. Then there are those that would love to try but still suffer a disconnect when it comes to putting one set of ingredients and another together. That’s quite normal really since the way that one person’s mind works will differ greatly from another. This means that a person who is great at composing music might be a mess when it comes to cooking, and vice versa. There are plenty of people out there who can do multiple things either due to a stubborn nature that allows them to conquer one skill after another or because things just make sense to them and it appears to come easily. Yeah, those people are amazing but kind of irritating at times, but they’re still amazing.

The ciabatta bread portion of this meal is something that a lot of people tend to enjoy but there are those that really don’t like the texture of the bread, even though there is typically a lot of flavor to it. There’s no doubt that Babish’s bread has more flavor than many store-bought ciabatta breads since mass production tends to leave a little something out of it that is regained when it’s made in someone’s private kitchen. The time and effort that goes into making the bread makes all the difference a lot of times, and not to entirely bash store-bought bread, but when something is made more for quantity, the quality can slip every now and then. It’s hard to deny though, especially after looking at this sandwich, that it’s bound to be tasty and more than a little filling since one-half would likely be enough for a lot of people.

Watching Babish take on one meal after another is definitely a lot of fun since the skill and experience that he brings to the counter are fully appreciated and the expertise he delivers along with his quips at times is amusing as well. If one really wants to learn how to cook like Babish, or at least take on some of the meals that he’s managed to recreate, buying his cookbook would be a great idea, but otherwise just watching his videos and seeing how much care and patience he takes with each dish is a good way to get motivated.