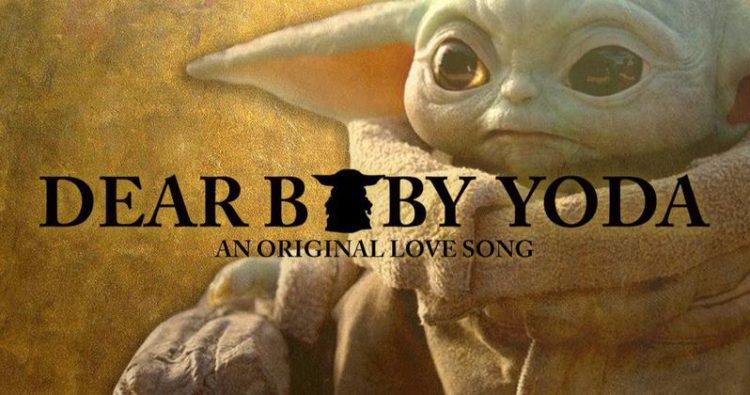 Okay, people are seriously getting a little nuts with the whole Baby Yoda thing. Some folks are doing it in jest and creating parodies that make it obvious that they’re playing around, but sometimes things like the Young Hamilton love song treatment is getting a bit screwy. Yes it’s supposed to be funny but wow, Baby Yoda has become a phenomenon that a lot of people weren’t expecting and some of us are already starting to wonder just how in the world it’s going to go down when the little green guy is either taken out of the picture, since it’s bound to happen, or is forced into exile somewhere to hopefully be revealed later. One thing that I agree with Kevin Burwick from TVWeb on at this point is that this video is kind of mocking the fad that’s sprung up so readily and it’s important that it does since otherwise people tend to lose themselves in the different trends that crop up from time to time. Seriously, Baby Yoda is cute and all, but he’s another character in a story people, get a grip on whatever reality you escaped from and enjoy him but don’t start worshiping the kid.

It was a bit of a surprise in the first episode of The Mandalorian when Baby Yoda showed up at the end, but it wasn’t much of a surprise when the Mando took to the kid in a way that some might call polite neglect. Keeping Mando cynical and unable to think beyond his bounty is something you might have expected since Boba Fett was never seen to be the sentimental type outside the comics and books. But the Mando isn’t Fett, who’s been seen as a villain for a long time, and the difference is that he’s got something of a moral conscience that didn’t allow him to simply turn the kid over to the Imperials and leave him there, at least not for long. To think that Baby Yoda might become even bigger in terms of fame and popularity is realistic, but it’s bound to die down just a bit since that’s the way that things go in pop culture. Connor Mannion of Mediaite has more to say on this subject.

Remember when Gizmo from Gremlins was thought to be the cutest? How about Pikachu from Pokemon? And yes, how about baby Groot when he showed up in Guardians of the Galaxy vol. 2? The Porgs from The Last Jedi thankfully never made their big hit that some people expected, as they were more annoying in the same way the Ewoks were to some folks, parts of a movie that a lot of people felt was just horrid. While Return of the Jedi was considered a great movie by many though, The Last Jedi was panned by quite a few people despite its financial success. But back to the point, Baby Yoda is a fad at this point, and if he lasts much longer, which it seems that he might since despite the danger that he’s been thrust into again and again the Mando is proving that he’s up to the task of keeping him safe, with or without help, it could be that his popularity will die down just a bit as people realize that yes, he’s cute, but his days are kind of numbered.

There’s always the chance that by the time The Mandalorian wraps up, because the show might have to eventually no matter how many seasons it gets, that Baby Yoda will be taken out in some way, be it in battle, sacrifice, or something else. Fans have to realize at this point that since he hasn’t been mentioned in the current trilogy at all that he would have to be deceased or in exile, as these are two of the only reasons why another powerful Force-user wouldn’t be detected by pretty much anyone. Plus, there’s a theory that he might have been captured to revive the supposedly dead Emperor Palpatine, who’s making a return in the Rise of Skywalker.

That’s dark really, to think that Baby Yoda would eventually be sacrificed to bring such a vile person back, but when you look at Star Wars and the entire story that we’ve seen thus far, there’s been plenty of darkness that has permeated the story to this point. After all, when you think of Order 66 and what went down in the Jedi temple you get the idea that Sith and dark side Force-users don’t have a lot in the way of limits when it comes to getting what they want. So enjoy the fad as it lasts folks, because one of these days Baby Yoda will either grow up and be cast off into exile or his days will come to an end. Matt Miller of Esquire has more to say about the little tyke.  Like it or not, the only way to really bring him back is to have him miss the entirety of the current trilogy and find a way to integrate him into whatever project comes next. That sounds interesting at least.