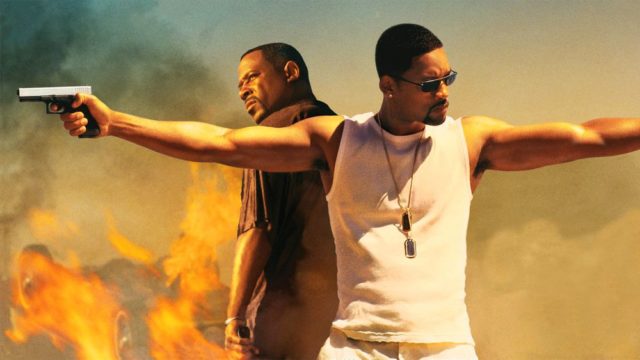 So far, two Bad Boys movies have been made. A Bad Boys III has been discussed for some time, but despite plans to start filming in 2017, it seems to have run into some serious problems, so much so that Martin Lawrence has outright stated that he believes that it won’t be made. Something that came as bad news to Bad Boys fans, though perhaps not that much of a surprise.

With that said, it is interesting to note that there is still plenty of interest in the Bad Boys franchise, as shown by the recent news of a Bad Boys TV show. However, the interesting part is that the TV show won’t be what most people would have expected on initial consideration but will instead be a spin-off.

To be exact, there is interest in a Bad Boys spinoff centered around Special Agent Sydney Burnett, who was introduced in Bad Boys II. For those who don’t remember the character all that well, she was introduced as Syd, who was Marcus Burnett’s sister as well as Mike Lowrey’s love interest. In the movie, Syd was involved in the drug trade due to her role as an undercover operative for the Drug Enforcement Administration, though said fact that not known to either Marcus or Mike until later in the narrative. Suffice to say that the two found out over the course of the narrative, which concluded with the trio making peace with Mike and Syd’s newly affirmed relationship.

Regardless, the Bad Boys spinoff started out because Primary Wave Entertainment pitched it, which is interesting because said company is the same one that manages Gabrielle Union, who played Syd in Bad Boys II. Currently, the people behind the spinoff are still in the process of finding a buyer for the project, but there seems to be a fair amount of interest from a number of parties, meaning that it could see the TV screen sooner rather than later.

Otherwise, it is known that the people who wrote The Blacklist will also be responsible for writing the Bad Boys spinoff, whatever it will be named in the end. Meanwhile, both Jerry Bruckheimer and Doug Belgra are on board with the project as producers, meaning that there are some well-known names involved with the project. For the time being, this is the information that is known, but should the stories of interest turn out to be true, it seems probable that more will be coming out in the not so distant future.

How Will This Affect the Franchise as a Whole?

With that said, it might also be interesting to consider a Bad Boys spinoff’s impact on the franchise as a whole. At the moment, Bad Boys III seems to be stuck, meaning that a successful Bad Boys TV show could be what is needed to get it moving again. On the other hand, said Bad Boys TV show is a spin-off, meaning that any Bad Boys movie that gets made through its influence might have some striking differences from the initial plans for Bad Boys III, which might not necessarily be a bad thing.