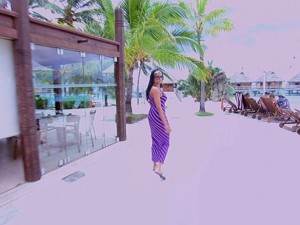 No other show that I cover for TVOvermind has put my psychology minor to use like Basketball Wives. This bunch of crackpots has abnormality and psychosis seeping from their pores, so having to write about them on a weekly basis can leave me at a loss in more than one way. A loss of faith in society, a loss of vocabulary able to describe their behavior, a loss of brain cells subjecting myself to awful behavior – I love trashy reality TV as much as the next person, but damn.

Instead of trying to make heads or tails out of this group of people once again, I decided to make a list of 13 things that got under my skin about tonight’s episode. You know they’re awful, I know they’re awful – how about a little shorthand talking about how awful they are?

1. I don’t understand Tami’s extreme reaction to Kesha “talking behind her back”. She does know the type of show she’s on, right? Reality TV like Basketball Wives is built on a couple of major events happening in a season and then a bunch of episodes focused on the cast talking about/reacting to said events. Everybody, and I do mean everybody, talks about each other because that’s the nature of the beast. (The content and intent of what they say, though, is a different thing altogether.) Don’t get your feelings hurt over something that you yourself partake in, boo.

2. Tami, Evelyn, and Shaunie acting like little girls and trying to “hide” from Jennifer. Um, you have a camera crew on your boat. I don’t think whispering and ducking around will make you inconspicuous to any damn body, let alone somebody in the cast of your reality show.

3. Evelyn’s little pot shots implying Jennifer’s a ho are hilarious. Truly hilarious. Didn’t she actively try to get Jennifer to cheat on Eric in, I think, season two? And didn’t she throw a wine bottle at Kenya for supposedly, maybe-kinda-sorta implying that she was “loose”? Thirdly, didn’t she get it in with Tami’s husband? Don’t pull it, Evelyn. I watch the show.

4. Suzie can miss me with her reaction about Kesha getting bullied by Tami, calling it “sad”. It was quite sad…sad that she sat on her hands and let it happen. I wasn’t aware Tami being in a room turned everybody else into human wallpaper incapable of making any movement or forming any coherent thoughts. Well, coherent thought isn’t a hallmark of Basketball Wives, but you get my point.

5. The victim blaming is disgusting. It’s not Kenya’s fault that Evelyn threw a bottle at her; it’s not Kesha’s fault that Tami behaved the way she did last week. It’s on Evelyn and Tami to handle those situations like calm, rational adults, not the depraved wildebeest they’ve been acting like all season. If you immediately go toward a violent reaction to something that you find less than ideal, you’re going to do a lot of fighting in this world, so maybe it’s time to find another coping skill aside from “caveman crazy”.

6. Also disgusting – the weird selective morality. Kesha is apparently the scum of the Earth for talking about the incident with Tami, but Suzie can play information gofer all day every day and nobody calls her on it? I guess if your tongue stayed licking the Louboutins (and Louboutin knock-offs, because let’s be real) of “the circle”, you can get away with pretty much anything. Nice to know the amount of pride that Suzie has is firmly in the negative numbers these days.

7. They call Kenya weird for not being that affected by the prank, but aren’t they the weird ones for being grown ass women playing pranks on people they don’t like? I’m going to go take a dump in Evelyn’s Cheerios, see if she thinks pranking is still cute. (Spoiler alert: it’s not)

8. The apology to Kenya was incredibly insincere. Could Evelyn have been any less enthused/apologetic? Tami’s little “DO YOU ACCEPT HER APOLOGY??????????” freakout was over the top. Like, I don’t know about you guys, but I want people to give me an apology if they mean it. If they don’t, it sounds like they think they’re doing me a favor when really, they’re just being condescending and fake. But that’s just me.

9. That being said, Kenya, please stop sucking up to the circle, girl. I know you want to fit in and not be tormented, but you’re better than that.

10. Tami laughing (again) at the mention of the incident with Kesha. Another example of the fact that her recent apology came not from actual guilt but from a desire to appease viewers.

11. Why, exactly, couldn’t Tami and Shaunie get off their butts, walk into Jennifer’s room, and say hello? It’s a small resort and the bungalows are right on top of one another; it’s not like they had to walk 500 miles to get into contact with her. Is Jennifer supposed to get off a plane after 29 hours and immediately bow before “the circle”, giving thanks for the imminent harvest their self-importance hath wrought? They have no problem bossing around Kesha and being mean to Kenya, but saying hello to Jennifer first is beneath them? Get over yourselves, ladies.

12. There should be no need (at all!) to rehash the Evelyn/Jennifer conflict. They’ve had how many “sit downs” turn into battle grounds this season? At least three, by my count, so I have no idea the “closure” that Tami kept talking about. Closure came when Evelyn came jumping off a table at Jennifer. It doesn’t get any more closed than that, so if everybody at Basketball Wives Central hates drama so much, picking scabs like this is a funny way of showing it.

13. Evelyn’s little “Let’s be real” tantrum was just…real isn’t about hollering insults and hurling objects at one another. Real is knowing when to walk away from a toxic situation, real is handling a problem like an adult, real is getting help for an issue out of your control. Being real is a term used as a crutch to act like an ass under the guise of “keeping it 100”; as much as Evelyn talks about being real, she’s not about that life. That real life.

I feel pretty confident in saying that there’s no coming back from the depths of humanity that Basketball Wives has mined in season four. Once you go from a silly, campy, vapid reality show about rich ladies to having the mean-spirited, clique-y bull that passed for television last week, any up turn in quality short of seven Mother Theresa’s in Maxi dresses will be underwhelming. And considering the publicist-crafted statements already pouring out from the show’s leading ladies, if there is a sudden “nice-ifying” of Basketball Wives, it won’t be due to the ladies having seen how abhorrent their behavior is and changing it. It’ll be from worrying about the show and fueled by the (severe) fan outcry; it won’t be the least bit genuine or lasting.

And if it doesn’t stick, what’s the point?

Thoughts, Quotes, & Observations:
-Meeka weighs in on the backlash.
-HLN had a debate about whether reality TV encourages bullying/violence.
-Here’s a pretty interesting article about reality TV shaping public policy.
-Tami may have issued apologies and deleted her Twitter, but she’s profiting from bullying Kesha through a new t-shirt. Looks like somebody got bit by the hypocrisy bug.
-There’s a petition to get Tami off of Basketball Wives, but she’s rumored to be leaving anyway to focus on a new TVOne series called Belles.
-Vibe asked if Basketball Wives has run its course.
-Dr. Boyce Watkins compares Basketball Wives to dog fighting.
-Next week on Basketball Wives: In an episode that looks slapped together due to the recent controversy, Tami talks about the perception of her as a bully, Shaunie worries about people’s thoughts of her “brand”, and Evelyn continues to be a hot mess.