Home
Movies
Batman: The Movie (1966) Gets the Honest Trailer Treatment 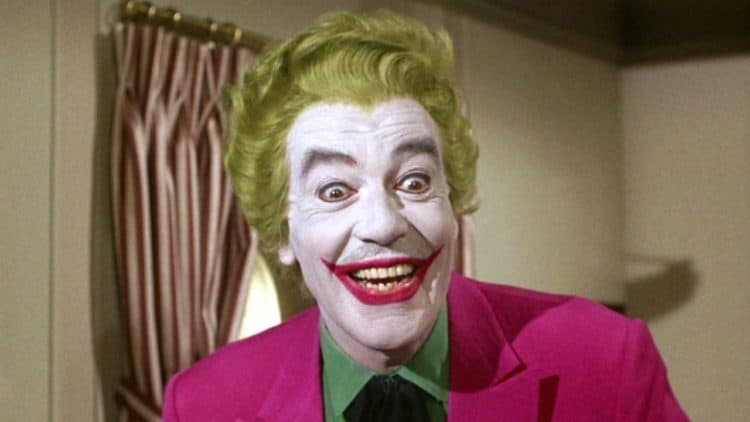 If you got through this video without laughing then, well, you might not have been around when this movie was made and then pushed for another couple of decades to try and win over another generation or two. Let’s face it, not taking Batman seriously in this day and age is enough to get anyone firmly against you since the fact that Batman is simply meant to be so awesome is enough on its own. But back in the 60s things weren’t quite as dark yet and they weren’t nearly as entertaining as they’ve become in recent years. Of course back then a lot of people didn’t really know any better yet, as the current Batman at that time was still miles better than what had been seen in the past since one of the first that played the role had a felt costume and looked as though he couldn’t outrun the Penguin on his best day.

But huh boy, the Batman movie was something else now that we look at as Glen Weldon of NPR would suggest. Form-fitting bodysuits, tights, mustaches that makeup couldn’t conceal, and acts that seem as though they should have been corny even back then are enough to make you laugh uproariously today. And it’s not laughing WITH them by any means, it’s laughing AT them that many of us will likely be doing. From the many different lines delivered by Robin to the fact that every tool in Batman’s arsenal has the word ‘bat’ before it, this movie is nothing but a heaping shrine to the Batman franchise that was seriously on the verge of tipping over at any moment since it was held together by strands of silly string and formed upon a hollow base that couldn’t hold up a stack of cards. That might seem unkind since the day and age in which it was made didn’t really seem to allow for the budget or the effects that we’ve seen in recent years, but at the very least they could have found someone that had a better physique than Adam West and a voice that didn’t sound like a cross between William Shatner and Gregory Peck.

Plus, the idea of a villain team-up isn’t something that’s entirely new since the villains have been getting together for a while out of mutual need to take out Batman and any other hero they stand against, but without common ground they tend to tear at each other just as much as their enemies. That’s the whole part of being a villain after all, they don’t do alliances that often since they all know just how devious they can be and how self-serving their actions really are. The villains of this era were meant to be menacing and yet still be able to fit into a family-friendly movie it seems, since these days the Joker, the Riddler, Catwoman, and Penguin have all become far more hardcore than ever and would likely tear their earlier counterparts to pieces just for the fun of it. Catwoman of course has taken on a different persona and role throughout the years as her romance with Batman has changed and taken on a new dynamic. The Joker has become insanely deadly throughout the decades and Harley Quinn, who wasn’t even a thought for a while, has come out in a big way, while the Riddler and Penguin were relegated to TV characters after a while that were basically realistic versions of the villains but became no less deadly with their own unique skill sets. Still, as more and more enemies of the dark knight have been seen to rise, the landscape has changed immensely.

Can you imagine Adam West taking on someone like Clayface, or Killer Croc, or even better, Bane? These villains took some time to really become established, but it’s a good thing they showed up in the comics and not in the live action movies for a while since it would seem as though Batman’s number would have been up that much sooner had such a thing happened. Of course fans would have had a fit since it’s Batman after all, he’s supposed to be able to take on anyone and anything and come out ahead. Of course we’ve seen that this isn’t the case unless he’s given a lot of help in some instances, and of course when he has prep time he’s able to take down a lot of people. Being rich must really be a great superpower since it allows him to do a great number of things. But it couldn’t help Batman make this movie any better since honestly it only seems to get worse and worse as it goes along, until finally it kind of ends on a sad and pathetic note as you’d expect. But it’s Batman, right? That doesn’t make it all better every time.