Tonight marked the end of one of the greatest science fiction shows to ever grace the small screen, hell let’s be honest, one of the greatest shows of any genre to grace the small screen, as Battlestar Galactica came to a final end. The episode had so many highs and so many lows for me, that its almost difficult to spill them all out on paper (okay, on screen), but I’ll do so anyway. Fans of the show, both hardcore and more casual viewers seem split on the series finale, many quite disappointed in the unfolding events while others are more than satisfied. I’ll give you my thoughts, opinions, and notes the show.

Overall, I really enjoyed this two hour finale, and find myself mostly satisfied with the way the show was wrapped up. There were several small plotlines that I wish had gone differently, and the overall ending of the show, with them finding Earth 150,000 years ago was so predictable that it was actually surprising, if that makes any sense. I mean, who dreamed they would end the show so similar to the way the original Battlestar Galactica ended? I feel confident that if someone had told me how it ended, without me seeing it played out on screen, I would have been hugely disappointed. But the way it was written worked for me.

Okay, I’m a huge LOST fan, so I totally get the purpose and need of using a flashback. I get tying in the events of the past, especially events that lead a person to where they are today, are important. But the way they did these flashbacks, I didn’t feel very satisfied. I really have no idea why we needed to see Adama fighting off retirement, puking all over himself in an ally, and Saul and Ellen hanging out in a strip club. And although I get the deep scars that Laura Roslyn had to endure and get past with the death of her entire family, I’m not certain why it was appropriate to show us that in the final 2 episodes. The only flashback that I found remotely entertaining and relevant was Lee Adama and Kara Thrace.

The Battle of the Colony

The battle of the colony was nothing short of EPIC. When Adama ordered ‘ramming speed’my mouth hit the floor and with every round that Galactica took I expected it to be its last. Going into tonight’s episode, I was convinced that Admiral Adama was going to go down with his ship, and I thought surely that Galactica would never make it out of that battle. Those feelings kept my heart beating fast and my skin crawling the entire time. When Anders finally shut down the initial assault, I let out a fist pump, and seeing the Toasters fighting Toasters almost made me pee myself a little.

When Boomer snaped the Four’s neck I just smiled. It wasn’t a leap, considering her actions in the past few episodes, for her character to take this course of action, but it was enjoyable to me despite the predictability. Oh, and I lied earlier, because the short flashback they show after Athena shoots her (more on that in a moment), is the most relevant and best done flashback of the finale. I felt that it was a nice touch and perfectly ended her character. As for her dying, well come on, she really had to die. And it seems completely fitting that Athena was the one to pull the trigger.

So who knew, the Opera House we’ve seen and heard so much about was nothing more than the CIC of Galactica herself. It’s fitting and appropriate in so many ways, and makes total sense, but I didn’t care for it much at all. I just sort of felt that it was a bit unsatisfying, with so much time and energy being spent on figuring out what the ‘˜vision’or whatever it was, meant, only to have it be a weird prophecy of things to come.

Once again, it was the most predictable conclusion for the so very flawed Baltar. Last week, when the red tape split the deck of Galactica, and he didn’t cross over, I said out loud to no one in particular, ‘˜he’ll be going on that mission without a doubt,’as I’m sure just about every single other fan out there was thinking. Still, it did carry quite a bit of significance, especially after last week when Lee so blatantly spelled out to us that Baltar had never, ever done one single selfless act. Every single thing in his life had been done to further HIS agendas in some way. I found it even more significant that Baltar was the one, with so many eloquent words, to initiate the truce between Cavil and the Colonials. However short lived that truce might have been, Baltar was successful at something even Ellen and the other final five couldn’t achieve, despite being Cavil’s creators. Baltar got Cavil to have some faith. What’s more human than that?

So by a raising of hands, who out there didn’t already suspect that there was going to be retribution for Cally’s murder by Tory? I found it amusing that Tory expected Chief to keep a promise, like that, which he made only 30 seconds earlier. I have little to say about this other than good for Chief. I really didn’t like Cally’s character, but I hated Tory more.

So this is the part that I alluded to earlier when I said that it was so obvious of an end that it was actually surprising. I think for many, this might have been disappointing because it basically ended the series the same way that the original series ended, with them finding Earth. Yeah, yeah, it’s the ‘new’Earth, but it’s still OUR Earth. We’ve been so used to the surprise and shock that Ronald D. Moore and team have given us over the years, that suddenly and ending like this doesn’t seem up to par with the rest of the series. My feelings on that front are, do we really want surprise just for the sake of surprise? What I mean is, do we want the writers to give us something totally shocking and so off-the-wall that we never could have guessed it in a million years, or do we want to see the progression of the story, in an intelligent way that makes sense and gives us some closure? I know, I know, many of you still don’t agree with me, but I’m satisfied with New Earth.

What more can be said about how well this was done. When Bill carried Laura to the ship, I thought he was going to die with her, initially. I’ll just go ahead and turn in my man card right now, but when Bill took off his ring and placed it on Laura’s hand just after she died, tears fell down my face. Without sounding too lame (too late) I couldn’t think of a more beautiful way to conclude the story of these two characters.

This is probably the most upsetting and unresolved aspect of the entire series, and the one that has the most fans talking, and complaining about the finale. We never, truly learn who or what Kara Thrace was since her Viper blew up in front of Lee. One moment, she is there, saying goodbye to Lee, and the next moment, he turns around and she has completely vanished. I am in no way satisfied with the wrapping up of this mystery, however it was a fact that there was going to be some elements of the series that we would be left to ponder on ourselves. I’m the type of person who would much prefer the writers spell everything out to me, but if I must come up with a conclusion for myself, I’m capable of doing just that. I think that God, or whatever devine force was intervening this entire time, sent her back as a vessel to help them on their journey. Whether she was always a mass hallucination, an angel, or something else entirely, I’m perfectly satisfied with what Bill and Lee said…Kara Thrace is Kara Thrace.

I found the final scene of the series somewhat perplexing at first. It confused me and had me trying to determine exactly what or who Head-Baltar and Head-Caprica6 were. I rewatched the scene several times, and once again the full interpretation is left up to us. Baltar called them the Angels that were amongst us, and I don’t have a better explanation than that. When Head-Caprica6 used the word God Head-Baltar only said, ‘˜you know that he hates being called that name.’Although I feel that I am a spiritual person, I am certainly not a religious person. However, the genre of science fiction television (and movies) has always been devoid of religion for the most part, or only using it as a plot device for the crazies of the story. Therefore, I found it quite refreshing that Ronald D. Moore would include such a blatant and thorough amount of Devine Intervention into his brilliant series final moments.

Battlestar Galactica was a one of a kind television series. A reinvented remake of an old series that was actually so much better, in almost every possible way, than the original. The show was successful because it showed humans at their best and at their worst. It gave us flawed characters and commentary on the very world we are living in today, without blantantly saying, ‘˜this is the very world we’re living in today.’From the writing, to the cinematography, to the special effects, to the acting, this show was more than anyone, especially the Sci-Fi Channel, could have ever hoped for. And so another great series comes to an end. But as is often said, all that has happened before, will happen again. So until the next piece of small screen brilliance comes along, all we can do is wait. 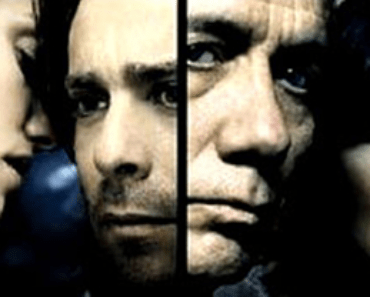 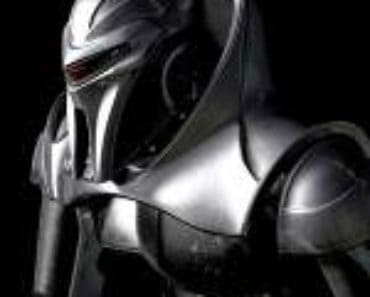