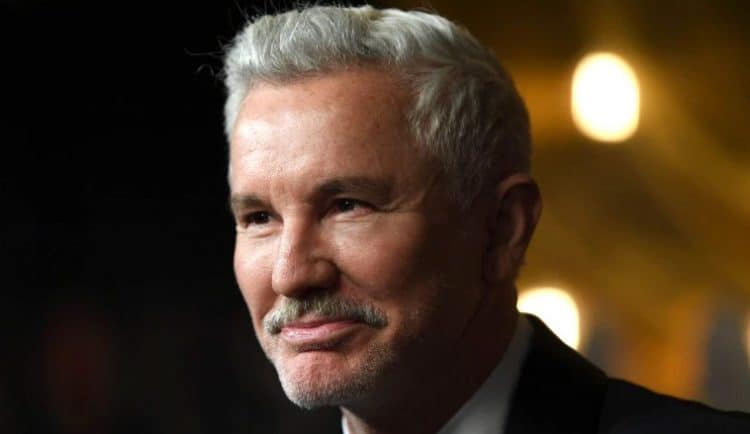 It kind of goes without saying that Baz Luhrmann is a talented individual that has a very specific style in what he does. For some he might an acquired taste when it comes to the things he does since some of the projects he’s completed are those that excite some folks and make others look askance at the movie or stage production. You could say that he’s someone that knows what he wants to do and is going to push forward without rally worrying about whether people are going to like it or not. The role of a director after all is to realize their vision and put it up for people to see and possibly criticize no matter what might come. Baz has done this more than once and his creations have been ripped apart and praised alike since quite honestly he has managed to show the world a vision that is impressive in many regards, but is worth sitting down to really ponder now and again.

Here are a few things about Baz you might not have known.

10. As a child he participated in ballroom dancing.

This seems as though it might have given him an early and more in-depth look as to what it took to really succeed on stage. It might have also started him along the path that he finally ended up walking.

9. At one time his family owned a farm and a gas station.

It would seem that his family were able to do well enough to be counted as well to do in some cases and possibly able to give Baz a good life. Of course a farm and a gas station are both fairly labor intensive so it’s also possible that he had to learn the hard way how to get along in this world.

8. His father passed away during the first day of filming on Moulin Rouge.

This couldn’t have been an easy thing to take since not only could it have upset the filming schedule, but losing a loved one is almost always painful in a big way, no matter how one feels about their parents. It does seem as though he might have taken time to mourn for his father, but it’s also obvious that the movie was made. Perhaps focusing on the movie helped him to push through his grief.

7. His only plan when making a movie is to have no plan.

Some folks don’t understand this, some can’t possibly see the benefit given that their minds simply don’t work that way. But going in without a plan is a technique that, quite honestly, is preferable to those that think quickly on their feet and can make something work on the fly.

6. A lot of his movies start out with some comedy but tend to end in tragedy.

This is an interesting way to run a movie since it builds up a bit of expectation that the movie might end on a high note or at least leave a warm, fuzzy feeling when one leaves the theater. But ending in tragedy seems to indicate that life is not bound to be wrapped up all neatly with a bow at the end.

5. He wasn’t successful right away when he attempted to build a career.

A lot of people look at those that are rich and famous and tend to think that they don’t know what it’s like to work their way up from the top. With some folks it’s obviously correct since they’re born into fame and fortune. But Baz, like many in the industry, had to work his way up and suffer failure along with success as he went along.

From his beginnings to now he’s definitely put in the work and has earned what he now has. The kind of net worth that makes a person seem untouchable is a little daunting, but Baz and many others have in fact earned what they have.

3. Baz does have a presence on social media and it’s substantial enough to notice.

His numbers aren’t quite as great as others but this doesn’t seem to matter as much since no matter the industry that a person is a part of their social media numbers are basically dependent on the people that follow them, not their level of fame. It’s confusing but it does make sense in some way.

Baz has been able to see both sides of the camera and it seems to have worked to his advantage. This is of great importance since staying one side or the other doesn’t really offer as much perspective. But having experienced both sides it’s obvious that he has a good deal of experience and perspective that he puts to good use.

1. Baz has been nominated and awarded for his work as a director.

Again, this is something that he’s earned throughout his career and has been honored with for his contributions.

Check out a few things he’s done, you might be pleasantly surprised.