The British superstar powerfully performed those soul-snatching classics in addition to songs from her record-breaking album “25”.Â It was aired on November 20, 2015, when the new album was released and was the first public performance of her smashing single “Hello”.

This is also Adele’s first television performance of her hit single for James Bond, “Skyfall”, since last year when she won the Oscar for Best Original Song.

As the voices of her live band and back up dancers engulfed the theater, Adele sang, stepping side to side in a hypnotic rhythm and clapping in unison with the crowd to the “thump, thump, thumping” in “Rolling In The Deep”; And then modestly saying thank you to a roaring applause – she is quite a humble one.

There was even some comedy between the songstress and host Graham Norton. Do you remember the viral video whereÂ Norton hosts a surprise event in which Adele lookalikes/soundalikes compete for a job impersonating her? The one in which the real Adele is sneaked in as part of the mix?

She and Norton alsoÂ photobombed fans’ photos where Adele later admitted, “I was SO nervous doing that!”

These revealed skitsÂ definitely set the tone for the BBC special, as the light-hearted humor complimented Adele’s joyous laughter. Before she performed “Rumor Has It”, Norton picked through the audience, allowing guests to ask Adele for clarity on a few rumors out there. Hilariously, when asked if she was really banned by her record label from tweeting from her Twitter account, the singer revealed that was indeed true. After a few too many drunk tweets when her account was created in 2015, she now must have them proof-read before posting. That and Rihanna did NOT send her a topless photo for her 24th birthday, but Adele joked, “I WISH!”

“Adele: Live in London” – named ‘the music event of the year’ by Norton – gave us all the opportunity to spend time with Adele as she shares her music and her memories. She also discusses her career in the special. In her November story for Rolling Stone, Adele touched on the topic and said,

“My career is not my life.” 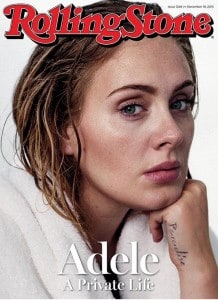 Her fame is still on high demand though, as BBC has sold the special to network’s around the world, such as Canada, France, Spain, New Zealand, Australia, Belgium, Finland, the Netherlands, Germany, Sweden, Norway and Italy. Yes, the 27-year-old has sold millions of albums, but it is her character that she also flawlessly projects. 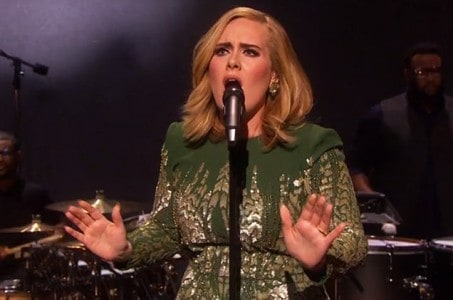 When she sings, her stature remaining strong and solid, she gazes out at her adorning audience. With a face as alluring as Adele’s, it is nearly impossible not to stare at her for hours. Her emotional honesty made her transitions from songs such as “Million Years Ago”, where she isolates fame and discusses her mother, to her debut song “Hometown Glory”, which features a much younger Adele roaming free in London, that much more compelling to witness.

And when she speaks, it is difficult to not fall in complete awe with the affection in her speech (not to mention, an attractive accent). As she discusses her anxiety in between each of herÂ albums, you can sense her genuine gratitude for her success.

“I just got really worried that I was never going to make anything that everyone liked again”, she admitted. “I just wanted to make sure that everything was in place so that I could do it properly. But I can’t do anything else. This is all that I like doing.”

In the end, we were left with a piece of Adele as she so beautifully connected herself to her many guests. Adele may not be looking for this much attention, but BBC’s YouTube getting over 37 million views simply proves her musical impact. 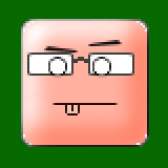