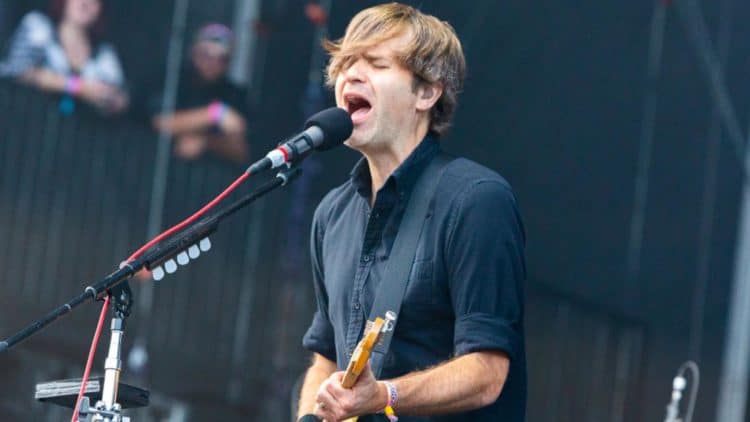 You know him from his hit band “Death Cab for Cutie,” and it’s not just his talent you know him for. Ben Gibbard is the kind of guy who rounds things out with the band. He’s a singer, and he’s a songwriter, but he’s also the guitarist. He does it all, and he is not lacking talent anywhere in his life. He’s got a lot going on, and we appreciate that about him, but we also love that he is always up for a new challenge. His fans know his music well, but they don’t know much about the singer as a person, and we thought it was time to change that.

Ben Gibbard is not as young as you might think he is. Of course, if you consider how long his band has been around, it makes sense that he is in his 40s. His date of birth is August 11, 1976. He’s been active in the music industry since 1994, which is really almost 30 years ago at this point.

He was born in Washington, in a small place called Bremerton. He moved, however, a lot. They ended up back in Washington at some point in his childhood, and that’s where he was living when the trend of grunge rock and all of that came into play. We imagine he loved it there.

Why do they call kids from military families brats? While we are sure that some of them are nothing short of total brats – hey, it’s 2020 – we know that most are darling children who are just curious and fun and entertaining, and we are not in love with this saying. Either way, his father was in the Navy, so he spent most of his childhood moving around the country living in different cities on a regular basis.

He’s not only married now, he’s married to his second wife. He married Rachel Demy in 2016, but he was married and divorced before he tied the knot a second time. He was previously married to famed actress Zooey Deschanel. They married in 2009, but their marriage only lasted 3 years.

He graduated high school and did not go into rock music right away. That would come a little later in his life. Instead, he tried to work on his college degree. He attended Western Washington University, and he studied environmental chemistry. We told you he is smart. Environmental chemistry is very specific and it takes a love of that kind of thing to want to study it – and brains.

He was raised as a Roman Catholic, but he hadn’t been to church in so many years that he now considers himself agnostic. He’s not going to sit back and believe in something that he’s not sure he believes in. He’s not sure of the vastness of the concept, and he feels that it’s too much for him to comprehend – but that if God exists, he’s cool with him feeling as if it’s too much for him to comprehend.

7. He’s a Supporter of the LGBTQ Community

His sister is a lesbian, and he actively focuses on the cause so that she can live the life she wants to live and do so with love and acceptance. He called her wedding the most beautiful thing he’d ever seen in his life, and he would love to make sure that the world is aware, that they know, and that they are going to treat his sister and everyone else in her community with the same love and respect that he does.

He’s made some changes in his life over the years. He was vegan, but then he chose to live as a pescatarian (someone who doesn’t eat any meat other than seafood). He also gave up drinking alcohol more than a decade ago, and he’s chosen to start running marathons. We’d like to say that he’s living the best life.

9. He’s Always Wanted to be in Seattle

Growing up in Washington was something he enjoyed, but it was the city that had his heart. He only wanted to be there, and he’s never not felt that way about the city. He’s watched the city change and grow and become something a lot different than it was when he was growing up there.

There is something very special to him about a historic building that holds memories and reminders of something in life. He loves them all over, but he is one that he has a fondness for above many others. It’s called the Trocadero, and it’s in Philadelphia. He’s played there many times, and he loves the history that the building represents. The world needs it.