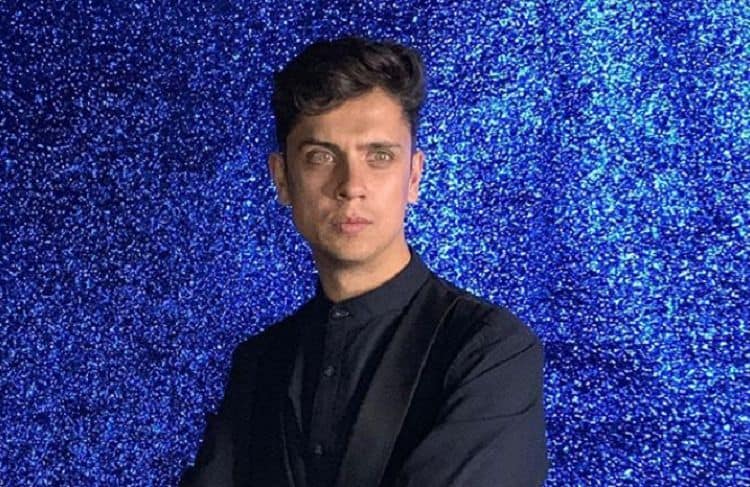 The brilliant Ben Hart is a delight to watch work. His magic is enchanting, to say the least, which is why he enthralls crowds and packs the house when he performs. We enjoyed seeing his work on the silver screen, though the live shows are a singular experience, unlike seeing magic on screen. However, Ben is also someone who doesn’t share much personal information, nor does he do many interviews. Naturally, that piqued our curiosity, and we had to learn more about him. Here are ten things you didn’t know about Ben Hart.

If you somehow missed seeing Ben on Britain’s Got Talent, it’s worth going back and watching at least twice. He was on BGT: The Champions, where he didn’t win but captivated our attention. Although Hart didn’t take home the grand prize, he still managed to make it to the final round, proving his incredible talents. The competition was incredibly intense, and Ben indeed performed up to our expectations and beyond. However, we’re not the judges on the show.

When he’s not on stage making magic happen live, Ben Hart spends some of his time working behind the scenes to help create movie magic. He’s a Special Effects Designer who has worked on numerous films. You’ve probably seen his work and didn’t know it if you didn’t read the credits. In addition to making movie magic, he also helps create memorable advertising campaigns for bold brands that want their products presented in entirely unforgettable ways.

Sometimes we all need to cut loose and have a little fun. If you’re a regular person that might mean drinks with friends, but for a professional magician, what could be more fun than pulling off a few pranks? Probably nothing, which explains why Ben likes to create the occasional gag (pun wholly intended) for his adoring fans.

We’re not sure how he does it. Though we could be talking about his magic, and we certainly can’t figure out most of that either, what we meant was pull off such an insanely busy schedule. On top of live magic, helping create cinema illusions and advertising campaigns, and appearing on TV, Ben also creates his own magic tricks and manages to find time to write TV shows as well. Killer Magic was our favorite.

Real magicians know that you never give the secret away. Luckily, since we’re not magicians, we don’t have to worry about adhering to that code so that we can tell you one of the biggest secrets in magic. It doesn’t work from every angle. That’s right. The ability to conceal something is essential to the vast majority of magic tricks. AS a result, it’s all the more impressive that Ben was asked to create the world’s first three hundred and sixty-degree magic trick for the Royal Television Society, which he did. Unfortunately, the trick was easy enough to figure out when viewed from a different angle. Luckily, the whole point was not to create an infallible bit of magic that works no matter where you stand, but rather to show off the capabilities of VR glasses, which it did perfectly.

The Inner Magic Circle is the most exclusive club a magician could ever desire to be a part of. They also allow members who are historians and other ‘associates’ who don’t perform magic tricks. Ben Hart is a Gold Star Member, which means he has, in the estimation of the Circle’s president, achieved an extraordinary level of talent in performing. While that may not mean as much to laymen like us, for a performing magician, it’s a bit like getting a Lifetime Achievement Award. How does a magician reach that level of talent? The only answer we have is… lots of practice.

Nobody’s perfect. Hart came under fire when fans thought they’d figured out some of the magic he showed the judges during his time on BGT. However, on closer inspection, this story was mostly sensational, and no one managed to produce a sufficiently plausible explanation for how he made everything happen. Talk about smoke and mirrors. The media made it seem like he’d been exposed, when, in fact, no one seems to have been able to figure out the whole trick.

If you can’t get enough of Ben, then the great news is that you don’t have to try very hard to get more of him. Not only is he on TV regularly, and on stage even more, but you can follow him just about anywhere there’s social media. From Facebook to Twitter and Instagram, you don’t have to search very hard to see what Ben is up to. Noblesse oblige as they say.

For those who want to see a Ben Hart show in person, we have a recommendation. You may want to pick up your tickets well in advance. According to Ben’s website, his shows sell out regularly, so you probably won’t be able to get a ticket at the counter. If you do have to buy the same day, then you’ll want to show up early for the best chance of actually getting in.

Ben isn’t merely ‘good’ at what he does. He’s an award-winning magician. Way back in 2007, he won The Magic Circle’s Young Magician of the Year, and he’s picked up numerous accolades and awards since them. Most recently, in 2018, he was given The Magic Circle’s Marvin Rising Star, which was awarded by Marvin Berglas.

Ben Hart is easily our favorite magician these days. Though there have been so many greats, it’s hard to narrow it down if we’re counting ‘all time.’ If you haven’t yet seen him in Magic Goes Wrong, Killer Magic, Britan’s Got Talent, or on one of the other shows he’s worked on, it’s well worth the time to go back and binge a little Ben. You won’t regret it.