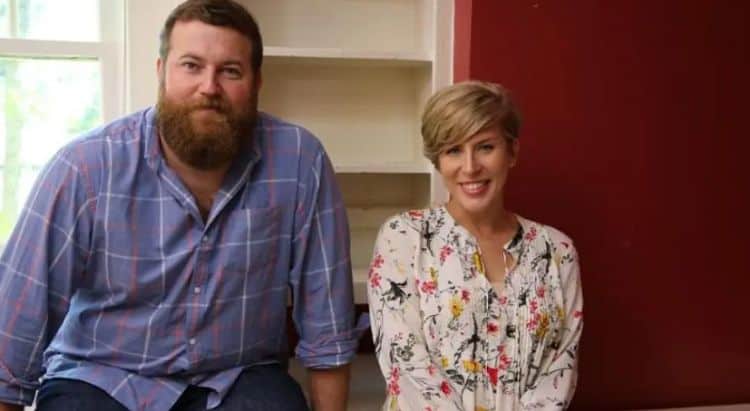 Ben Napier hosts Home Town alongside his wife Erin Napier. The show features the couple as they renovate properties in the town of Laurel, Mississippi where they live. Here are ten things about him that you may not know.

1. He Met Erin At College

One of the things that fans love the most about Home Town is the relationship between Ben and Erin. The couple have been together since college and met when Erin was asked to do a feature on him for the college yearbook. They had both noticed each other before from afar and there was definitely a mutual attraction between them both. The couple went out on a date and less than a week later Ben told Erin that he loved her and he knew they would get married someday.

2. They Have A Daughter Named Helen

The couple have a daughter named Helen who was born during the second season of Home Town. Erin did not have a very big baby bump and so they were able to keep the pregnancy under wraps until just a few months before Helen was born. They chose the name Helen as it was the name of Erin’s grandmother. Helen has been featured in Home Town as she has been growing up and fans are happy to share in the milestones that she reaches such as walking and talking.

3. The Birth Of Helen Inspired Him To Lose Weight

After Helen he was born he began to think about his own father, who had suffered with heart problems in the past. He told Today that holding Helen for the first time made him realize that he had to do what he could to be around for her for as long as possible. He changed his diet to reduce the amount of carbs that he was consuming and also tried intermittent fasting. He has also increased the amount of exercise he does, which has included playing basketball for the first time since he was at school.

4. He Ran His Own Business Before Home Town

Ben is a woodworker by trade and has his own business, Scotsman.Co. The company predominantly makes wooden furniture but also produces leather products. The products are sold by another company that Ben and Erin are involved with, Laurel Mercantile Co. They own this company along with two other couples that they are friends with. The company was founded because they all felt that it was important for each town to have a store where people could buy products that were made locally.

The couple were featured on Southern Weddings and this led to a lot of interest in their Instagram pages where they shared pictures of projects they were working on. Some of these posts were noticed by an executive at HGTV who was impressed with the work that they were doing to renovate some of the old buildings in Laurel. They are very proud of the town where they live but were somewhat disbelieving that other people would be so interested in it that the show would be a hit. Now it is one of the most popular shows on HGTV and the couple are already being compared to Chip and Joanna Gaines.

Erin told Southern Weddings that Ben own several antique cars which they often take to car shows. This has always been a hobby that the two of them have shared and they have three cars between them. One of their favorite things to do on a Sunday is to take these cars to shows and it is also something that they can take Helen along to as well.

7. They Have Two Rescue Dogs

Ben and his wife are both animal lovers and they have two dogs that share their home. They are Great Pyrennes dogs named Baker and Chevy. The family affectionately refer to the dogs as fat polar bears due to the fact that they both have white fur. Baker is a rescue dog and Chevy came to the family after he had been working on a farm. Ben and Erin regularly post photos of the dogs on their Instagram accounts and it is clear that they are a much loved part of the family.

8. He Likes To Relax By Watching TV

Ben can sometimes work long days when he is filming Home Town and Erin often finds herself in the same situation. However, when they get home they just like to chill out in front of the TV like many of us do. Ben has said that although their job may seem glamorous in many ways it is just like any other job. The couple go to work, spend time with their colleagues and then come home again.

9. He Used To Be A Youth Minister

He used to be a youth minister in his local church. Country Living reports that he did this job at Laurel First United Methodist Church for over ten years and it was while he was working as a minister that he took up woodwork as a hobby. He left the job in 2014 so that he was able to spend more time with his family. It was also around this time that the businesses he was involved in started to take off. He and Erin still regularly attend the church as part of the congregation and their faith is an important part of their lives.

He has written a book that Erin co-authored to encourage people to find something positive that happens to them every day. They want people to celebrate the small things they have in their life that makes it better. Erin kept a diary for eight years where she wrote down something good that happened to her every day. The book is called Make Something Good Today and positivity is something that the couple strongly believe in. The book also contains a behind the scenes look at their family life.