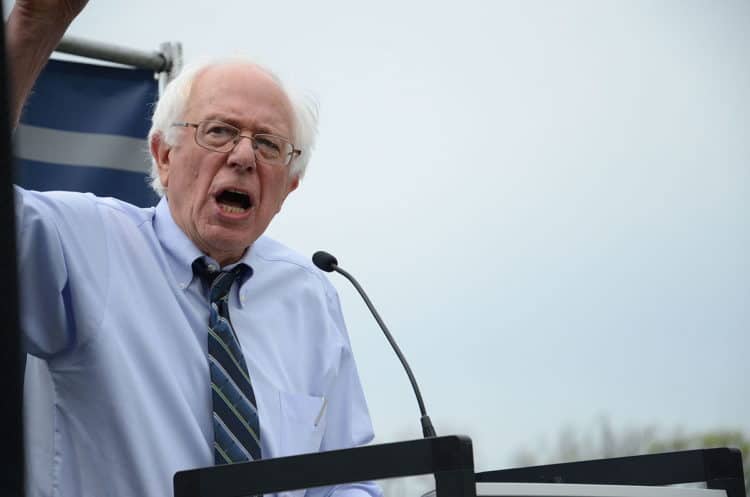 Is Bernie Sanders trying to get the gamer vote? Surprisingly he might not have to go to such lengths as learning how to play Minecraft since there appear to be plenty of people still willing to believe in him and possibly give him that final push towards the presidency. Unfortunately, for all his promises and clever words, the account that he’s hoping will accumulate the needed views that will send him into gamer mode haven’t even begun to look that promising. It’s hard to know if Bernie is breathing a sigh of relief or if he’s been flexing his thumbs and getting ready for an epic lesson that might finally make him look sillier than has ever been accomplished in his long and somehow pointless bid for the presidency. Am I a Trump supporter? Nope, but like many other people I’m simply not buying into what Bernie is selling since banking on voters to turn out for one of his ideas or another is kind of pointless given that he’s headed in the same direction as he did four years ago, as the idea “Vote Blue No Matter Who” has become yet another rallying cry that has forced Bernie to the edge. This time he’s hanging on with a tenacity that’s kind of impressive, but not entirely since the person opposing him, Joe Biden, might be able to top his whole Minecraft bid just by putting together two sentences that don’t make him sound as though his internal gears are slipping with every other word. It’s uncertain whether Christopher Teuton of Screenrant is a Bernie supporter and it really doesn’t matter since each person has their own choice to make in this instance. But one thing is clear, Bernie is looking for any and ever edge he can get, especially with the coronavirus limiting how the presidential candidates can go about reaching the people.

Apart from how the chances of each candidate are looking it’s kind of hard to get behind an idea that people should vote Democrat no matter who it might be since really, that’s asking for trouble if people are voting JUST to get Trump out of office. With the current pandemic going on it’s been seen that many upon many people are willing to pile on the idea that our current president simply isn’t doing enough to help, though the stimulus package that Trump is backing, the same one that’s been defeated in the Senate thus far by Democrats, is at least something that might actually help if it were to be passed. It’s true that it would put the country into even further debt but it’s also true that it would keep a good number of people that are out of work able to pay their bills, rent, mortgage, or possibly feed their families in this time of need. Some might want to argue and state that such a relief effort wouldn’t do as much good as is being claimed, and that it would be a lean towards socialism, which would in fact be ironic since Bernie has been reamed up and down for being a Democratic Socialist. The trick there however is that the stimulus package is for those that WANT to work and CAN’T, as many people would counter, whereas Bernie’s idea for free college and free healthcare, just to mention a couple of things he’s been running with, are offering up incentives for those that, as many Republicans would say, just want free stuff. Even Matthew Yglesias of Vox sees a serious problem with this type of thinking.

This is a big reason why trusting that Bernie would in fact keep his word to learn how to play Minecraft is kind of hard to believe since at this time believing in the idea of free college and healthcare, without any solid explanation behind who would pay for it (other than taxpayers paying even higher taxes), isn’t really a universally-loved idea. The more Bernie Sanders talks, the more outrageous his words sound, and with this idea now on the minds of those that have been paying attention to his continuing bid for the presidency, one can almost think that he’s starting to get a little desperate as he continues to try and outbid Joe Biden, who, amazingly, still has an overwhelming amount of support. At this point many people are wondering how the nation will survive four more years of President Trump, while others are wondering just how much worse it could get if Biden or Sanders were elected to office. Paul Krugman of The New York Times has an interesting take on politics during these stressful times. In the long run there aren’t a lot of good choices on the table here for anyone that doesn’t follow any of the three candidates, but there’s plenty of hope that once the election is over and done with that America will be able to recover and find itself back on the positive side of normal again. It’s a vague hope at best, but it’s still a hope.