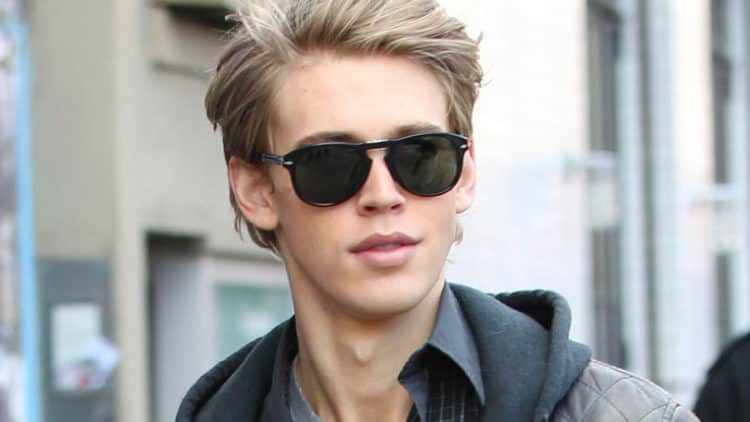 Austin Butler has been around for a while despite his current rising status as a movie star, but it’s probably easier to say that he really started gaining a lot of positive attention once he was cast as Wil Ohmsford in The Shannara Chronicles. While the series didn’t really go according to plan since it hasn’t been seen in a while it’s fair to say that Austin is still a person of note since he’s been appearing as an extra or at least someone that has a couple of lines in a few movies as of late. Whether his star is going to keep rising or not is hard to say since he’s not a bad actor, but it would seem that he really needs the right kind of movie to really shine. Putting him up front as a supporting actor or a lead doesn’t seem to be the thing to do apart from a TV series at this point but it could be something that might actually improve his standing in show business if it was allowed to happen.

If you want a true schlock horror film this would be it since quite honestly it doesn’t get much smarter than the opening credits, but it doesn’t seem meant to either. When the Colleen’s are stuck working at the convenience store they decide to see if the party they’d been invited to would move to the store. Once this happens however they realize the young man that Colleen M. was interested in is a Satanist and means to sacrifice her that night. Unfortunately for them the sudden emergence of Brazi’s, little Nazi’s made of Bratwurst, kill the Satanists and then come after them. It’s not exactly a brain-buster, but it’s kind of funny.

This is a pretty simple but entertaining thriller that puts a young woman up against a maniacal killer that hasn’t been discovered for years and years but has been responsible for the dark miasma that seems to hang over the house that she and her father have moved into. As she continues to experience doubts and a rising sense of dread Rose continues to be convinced that she’s seeing things, though her father and those around her don’t seem to believe that what she’s seeing is real. Unfortunately near the end this almost becomes their downfall, though Rose does manage to outwit the final antagonist.

The main premise of this movie is that two thieves have started to gain a reputation after burglarizing the homes of several prominent celebrities. This kind of premise is one that you might fully enjoy if you watch it as the kind of movie that’s made for little other reason than entertainment, as Austin and Yin are both talented individuals that know how to act and have a decent chemistry to together. For something that a lot of people might not know about it’s actually kind of an entertaining movie that a person should watch at least once if they want to see Butler at his best. See it just once at least.

2. Once Upon A Time in Hollywood

As you can guess he plays a very small role in this movie since it happens to be more about Leonardo Dicaprio’s character as well as Brad Pitt’s and the list of stars that appears in the movie just goes on and on as Tarantino has become known for his cameos and very in your face kind of movie. Seeing as this is his second to last movie however before he retires it only makes sense that he’s going to put as many famous names and faces into the picture as possible. Austin does manage to show up in the movie apparently at some point but up until that moment there’s a lot of stuff going on, not the least of which is the inclusion of Charles Manson.

This is another movie that uses him as kind of a glorified extra since the main stars are those that are most prominent in the trailer. In the true manner of zombie movies though it’s safe to say that nobody gets out alive, except perhaps a couple of people that aren’t so wound up in the story that they might be considered to be a full part of it. That sounds odd I know, but once you watch the movie you’ll understand it a little better. But in terms of being a zombie movie it’s perhaps one of the oddest ones to be released yet, and that’s saying something.

Austin definitely has enough talent to be in the business and to excel wherever he goes, but one thing that he needs is to find his way into a lead or supporting role more often.