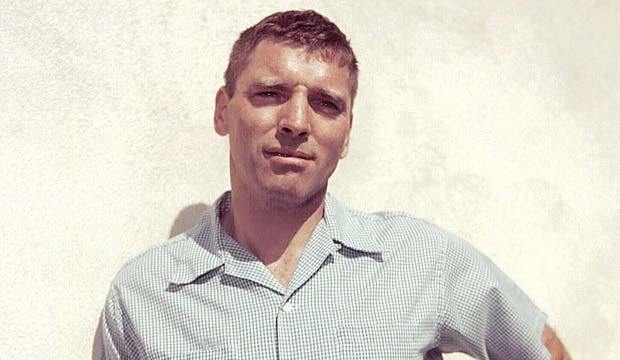 Saying that Burt Lancaster had a full life is something of an understatement since he was into gymnastics, he played basketball in school when he was younger, he was part of a circus troupe until he was injured, and was a salesman and a singing waiter for a while as well. He also enlisted in the US Army for a couple of years before returning to New York where he reluctantly made his way into acting. That ‘reluctance’ was kind of odd to discover since over the course of his career he managed to earn so many accolades and became such a well-known and respected actor that one might have been thought he was born to be on the big screen. But as it’s been seen in the past some people make their way into acting out of a mild interest that eventually gets fanned into a flame that’s hard to ignore.

This movie isn’t the typical prison movie as many would see it but more or less the emergence of a human being from a violent criminal as society likes to portray them to the well-learned individual that he’s become at the end. A lot of people don’t seem to feel that rehabilitation works and it’s true that it’s not 100 percent effective. But in this movie Stroud is someone that doesn’t cause a ruckus without a reason and when he does he tends to quell it just as quickly in order to move forward. The average convict might not seem like it, but a lot of them do want to do their time and go home, or at least do their time in peace.

4. Seven Days in May

Ben Cosgrove of Time states that this movie pitted Michael Douglas and Burt Lancaster, well-known friends off screen, into giant contest where ego and cup size seemed to be main components to the duel, and he was right. Trying to unseat a president for one reason or another without going through the legal channels is a serious offense and anyone within the military ought to know this, but this movie is without a doubt one of the riskier and more bold pictures that decided to go full-steam ahead and create a plot against the fictional US president as dissension from peace talks with the Soviet Union force the hand of his detractors.

One thing about being a huckster is that you need to know when to get out of it and when to stick with it. Elmer was the kind of guy that seemed to have learned that lesson in the past but upon meeting Sharon Falconer somehow forgot about it and stuck around a bit too long. When an old girlfriend stirred up trouble for him it became a disastrous landslide of public opinion that wasn’t bound to stop as he found himself embroiled in a fiasco that was mostly of his own making but was also aided by those that were willing to see him get knocked down a few pegs to prove their point to those that would listen.

It’s a bit of poetic justice really when a person that wants to ruin someone so badly in effect ends up ruining their own life since they tend to go overboard with the initial effort. Hunsecker is so determined to break up his sister and the man he thinks is all wrong for her that he employs a few dirty and shady tricks to make sure that she’ll leave him, only to eventually end up driving her right back into the guy’s arms. That’s the problem with trying to run the lives of others, sooner or later they find out or are told by someone and the light is shed on the person that did the string-pulling.

Being put on trial for war crimes is something that seems as though it only ever happens in the movies and on TV, but it’s occurred in real life as well. The idea here is that four men that followed the Nazi regime during WWII were found to be guilty and the morality of it is what was brought into question. When one thinks about WWII it’s hard to say just who was in the right or who was in the wrong without being able to distance oneself from any and every country that was involved. After all, if we’re going to be honest there were atrocities committed on many fronts during this war, though only those that went through it could possibly understand just why they were there and did what they did.

Burt Lancaster had a truly amazing career, and no matter what anyone says about him, the man passed away as a legend.