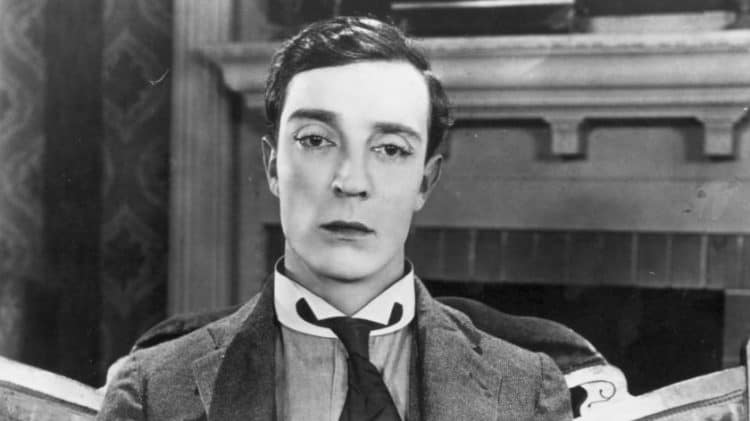 Quite a few people today don’t even know who Buster Keaton is let alone understand why he’s such a prominent figure within the history of cinema. To those that know something about him though he was a pioneer when it came to his contributions to cinema and someone worth remembering since he was born to show business and became an important fixture throughout his career. It might do for some folks to pick up a book or read an article on the man since he was highly influential and greatly lauded by many critics and reviewers alike, not to mention his fans. He did push the envelope at times, but as it’s been seen in many cases doing such a thing has made headlines and has made a reputation that was already noticeable even more so since getting the attention of the people is the main goal of a making a movie or a public statement as some might see any movie that gets both positive and negative attention.

Here are the five greatest movies of his career.

It’s easy to see that some of these movies wouldn’t be able to be made today since blackface is heavily frowned upon, but the idea of Ronald attending a college that’s ‘infested’ by jocks is kind of hilarious since it sets up a very easy link to movies such as Revenge of the Nerds. It’s even better since inept as he is at sports, Ronald still doesn’t give up when it comes to trying to woo the woman of his dreams. When her jock boyfriend snaps and tries to threaten her in to marrying him though Ronald suddenly finds the inspiration he needed to become the physical specimen that his love interest wanted him to be the whole time.

It’s very easy to see how Buster’s movies inspired an entire generation of others that would come later on. It’s also funny to see how much money can change people since inheriting millions of dollars from his grandfather, but only if he’s married by the end of the day on his 27th birthday, which is consequently the day in which the movie is set, seems kind of rushed. His love interest turns him down initially when he explains the situation to her, as might many women when it appears that they’re only getting married so that their partner can get rich. Eventually though, after being chased by a horde of women that want the money and will gladly marry him, Keaton’s character does get to marry the love of his life and inherit the money.

Isn’t it just the way of a parent, that they want their children to take up after them at times and run their business? Keaton’s character is something of a disappointment to his father in this movie since he shows up and is less than the ideal that the father wants to run his business, and more than that, he’s in love with the daughter of the man that his father is in direct competition with for business. When the town floods however the son takes the initiative and the father’s ship and saves as many people as he can while proving that he’s not only tougher than his father thought, but a great deal more heroic.

Oh the thing that people will do to win the affection of a woman. This movie is a bit goofy but all the same it’s one of Buster’s best since it pits two men against one another for the attentions of a young woman. When one of them steals the watch of the woman’s father and pins it on the other however things go down a tragic road for the protagonist who eventually falls asleep and dreams of a story in which a Sherlock Holmes story takes place and mirrors the real world situation he’s in. When he awakes the crime has been solved and the father’s watch has been recovered, thereby clearing him of the crime.

This movie actually received a bit of flak for daring to show the Civil War in a humorous light since a lot of people back then were about as apt to be offended by any given subject as they are today in some ways. But all in all this was Buster’s best movie by far and it was one that many people have likely seen clips of to date and yet have never really watched to see just what it’s about. In a big way this is a love story since it’s all about Johnnie attempting to rescue the woman he loves, but it’s also a movie that shows the view of the Confederacy, which as you can imagine is not entirely popular with some folks given the subject matter of the Civil War.

Like it or not, he’s still a major influence in cinema.