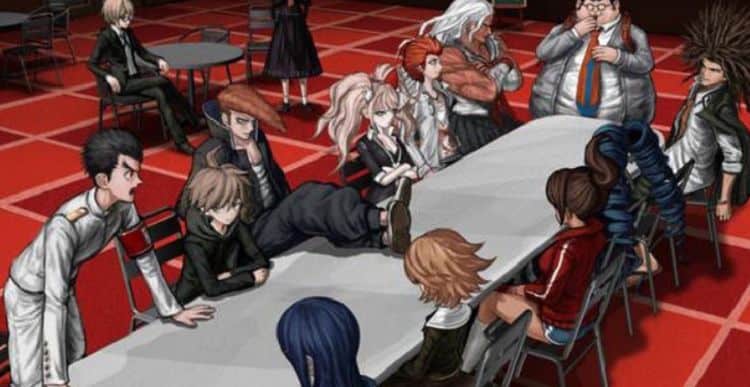 Danganronpa: Trigger Happy Havoc is known for its eccentric characters and ghastly murders. It’s a novel by Spike Chunsoft that places a character in a deadly school where a mysterious character places the students into a deadly game of cat and mouse. It’s kill or be killed in the eyes of some of the students which leads them to do unthinkable things. Spike Chunsoft describes it as, “Hope’s Peak Academy is home to Japan’s best and brightest high school students—the beacons of hope for the future. But that hope suddenly dies when Makoto Naegi and his classmates find themselves imprisoned in the school, cut off from the outside world and subject to the whims of a strange, murderous little bear named Monokuma. He pits the students against each other, promising freedom to anyone who can murder a fellow classmate and get away with it.”

The basis of Danganronpa is that as a student is thrown into this twisted game by the mysterious bear Monokuma you must fight to stay alive long enough to discover the secrets behind the school and your mysterious kidnapping. You play as Makoto Naegi, a student that is labeled as having the Ultimate Luck ability because of how lucky it was that he was allowed into the school. Once kidnapped the rules are simplified. To escape the students must kill another student and avoid being found guilty at the trial. It leads to some pretty interesting storytelling. Not to mention that as you wait for information in the gym one of the students is impaled to death. We’d love to talk about how great the game is and why you should try it out but we’re here to focus on the cases that truly stood out from the game. The ones that had us checking every corner of every room and hearing every line of conversation.

The game starts off with a bang with the very first trial. Sayako Maizono, a pop idol from your school that you had a massive crush on, was stabbed in her room.  Just minutes before she was chatting it up with Makoto and now suddenly you found her dead. It was a huge slap in the face for the player and showed exactly what kind of game they were walking into. What made this case so interesting was how it ultimately played out. The whole case you are trying to figure out who killed Sayako to avenge her death. The sweet innocent idol girl that was going to be your partner in crime and stay by your side.

When the class finally corners the true culprit he reveals that he did it out of self-defense. As Makoto and the rest of the gang begin to put the clues together they realize that he is indeed right. Sayako had intended to kill someone of the bat so that she could be released. This truly shook up the whole cast and made it so that the tension was amped up by ten. Before this the students believed that they would find a way to escape before anyone had to die. Now they were aware that there were killers in the mix.

This trial left an impact on us because it was the death of a character that was noble and seemed to want the best for the group at every corner, Sakura Ogami. She was found tied up to a chair with blood from her head. When the autopsy revealed that she had died from poison the mystery grew bigger. The class investigated and they were almost tricked by Monokuma. Sakura had taken her own life in an attempt to allow her classmates to get an easy case and persuade them to once again work together as a team. Unfortatnely, Monokuma had switched her note for one that meant to deviate whoever found it. Aoi found it and she grew furious and attempted to trick the class into thinking that she was behind the murder so that they could get the killer incorrect and all be expelled.

It is one of our favorite trials because it is so unexpected. In a game where survival is key and murder is necessary, you wouldn’t expect for someone to be noble enough to sacrifice themselves for the greater good of their class. You also wouldn’t expect someone to care so much about someone that they would sacrifice everyone else to get revenge. Especially not someone who has been as positive and hyper as Aoi. It truly showed that the storytelling of Danganronpa could take you anywhere as a player.