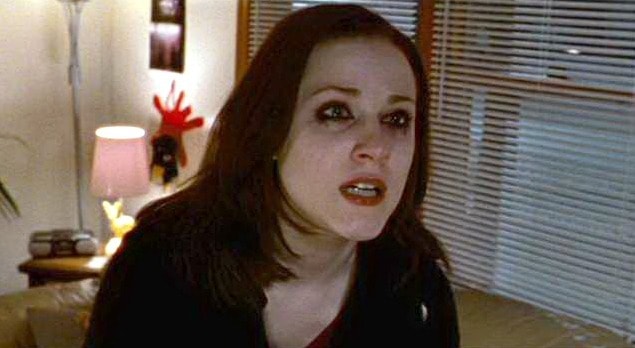 Evan Rachel Wood has come a long way and yet despite her notoriety for Westworld as of now a lot of people need to realize that she’s been around for a good long while in the movies and has done very well for herself. In fact she’s been in some of the most provocative movies ever made and watching a few of them might convince people that she’s not just coming into her own as Dolores, but has been here in a big way and has somehow been overlooked. She’s been acting for a number of years it would seem since she came up in the business in her younger years and was born to two actors as well. This seems to be in her blood and she’s rather good at it so in truth it’s kind of surprising that she hasn’t been in any bigger, more noted movies. But then again some folks are happy performing in movies that aren’t given as much mainstream attention.

The bonds between sibling is sometimes stronger than anything since Nell and Eva are tested in a big way throughout this movie. Whatever it is that happens to cause a massive power outage that continues to last and last, creating utter anarchy among the people, Nell and Eva have each other after their father dies, and despite a few hardships that come along to test their resolve they are able to not only survive but bring another life into the world after Eva is raped. The fear, the despair, and the utter anguish that plagues their lives during the outage and after is enough to test the mettle of any individual, but somehow the sisters manage to pull through.

This movie carried a lot more feeling than people seemed to think, but perhaps it simply didn’t get a lot of attention because of a few key elements that people didn’t feel were done correctly. In any case, the story revolves around a woman living with her daughters who is visited by the father that left when she was young, seeking forgiveness. While she doesn’t forgive him initially that changes when he helps to find her eldest daughter after she’s been kidnapped and sacrifices his life while saving his daughter. The funny thing about forgiveness is that it’s a very hard gift to give and is usually given when it’s too late to mend the old wounds.

A lot of people see wrestlers, but they don’t see the constant punishment that they’re inflicting on their bodies, the very real damage that’s done behind the stage show and the scripted actions that take place all the time. This movie is all about one one wrestler that’s broken down, washed up, and just about to the point where his body won’t do as he wants it to any longer. He continues to wrestle despite all this, and he also tries to reconnect with his daughter, who grew to hate him since he wasn’t exactly the ideal father when she was growing up. While they’re revered as super men and women, wrestlers are still very human.

There have been times in America when things are absolutely out of control and people don’t know which way to turn. A couple of decades throughout our recent past however people have done what they could to get away from the constant struggle, to ignore the strife, and to try and experience life in a way that had nothing to do with the ordered chaos that was overtaking the world at such a rapid pace. The problem with this however is that eventually the world catches up, no matter how far a person runs or tries to secure themselves away from the madness. One way or another it catches up to everyone.

Many parents don’t know how badly their child is screaming for help until the signs start to manifest themselves in ways that they can’t help and can’t possibly reverse. Tracy, wanting to be popular and seen as one of the young women that are part of the in crowd and can hold their heads up in school, starts running with Evie and doing things that she might not normally do, such as stealing, drinking, and so on. But as her behavior continues her grades begin to slip and the honors student she used to be starts to become the failure that might have to repeat a grade simply because she wanted to be cool and accepted. But eventually her depression gets so much worse, and as time goes on she can’t help but spiral out of control.

Wood is one of the better actresses out there, and definitely needs to be recognized as such.