Home
Movies
The Best They Ever Looked: Jenna Fischer in Blades of Glory 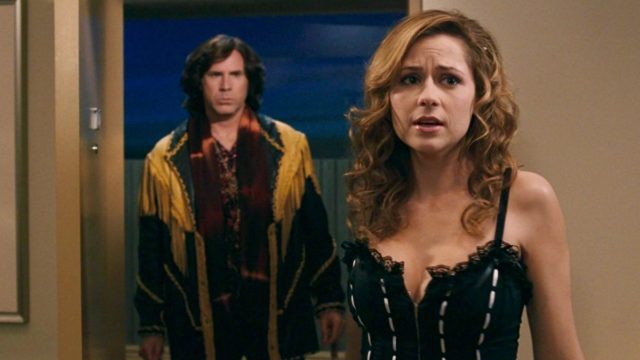 Let’s put it out there, Jenna Fischer is an attractive woman, but when she was on Blades of Glory she was super-attractive without needing to pump the brakes. Even on The Office she was quite the stunner no matter that she dressed plainly and was honestly getting a little bit frumpy at times. That was the role obviously and she played it to a tee, but she was still good-looking and still had a lot of sex appeal. In fact she had the most in the entire office to be honest. But in Blades of Glory she was simply at her best when it came to looking absolutely sexy.

Okay, enough vamping on how awesome she looks, it’s a little pervy but hopefully not too much. The fact is that Jenna does and almost always has resemble the type of girl next door that you hope you had a shot with years before but might still be able to get to if you’re the right kind of guy. Back during Blades of Glory this look was still very much there, but dressed in this getup you see above you can only imagine that she might have a bit of a wilder side that you didn’t know about. Thankfully it doesn’t really come to that since she’s hoping against hope that Ferrell’s character is going to say that he can’t be with her for the sake of his friend. And of course in true tradition of Ferrell movies someone walks in at the wrong moment and everything is ruined because, well, that’s just how comedies like this work. But getting back to Jenna.

Her attraction is somewhere between the girl you think you can get and the girl that’s completely out of your league, if that’s how you see things. She definitely plays the kind, calm woman in movies and on TV and doesn’t seem too prone to freakouts or even the occasional outburst, but there’s something in her eyes that says that whatever she holds in could eventually bust out with just the right trigger. It could be this is in part that adds to her beauty since while she might not be as reserved in real life, onscreen it looks as though she takes a lot in and doesn’t let it out as much. Some might call her repressed and a walking powder keg just waiting to blow, but in reality it seems more like she’s the type to take a lot of what life and others have to offer and just allow it roll off her shoulders or fling some of it back with a polite dollop of sarcasm, kind of like she did in The Office.

In this movie there’s no denying that she brings her looks to bear in a big way. She’s not supermodel hot thankfully, but she’s definitely got the look of a woman that can turn on the sexual charm when she really wants to. In short she knows she can be attractive to others but could prefer to be low-key more often, and that’s something that’s highly attractive to many people since it’s real.