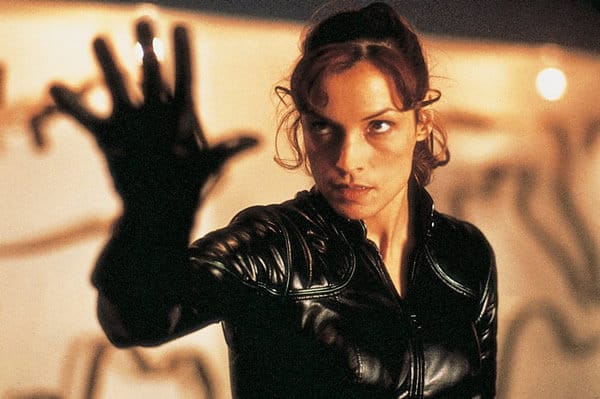 If asked to be honest one could easily say that Famke Janssen simply looks like a woman that is comfortable playing the villain or, at the very least, one of the most vicious women in any movie. But the great surprise here is that she can be very calm and even-tempered in a role and actually gain the kind of sympathy that people tend to have for other characters. She’s played a part in a lot of great movies and some not so great but each and every time she’s made certain that her own character is rather believable or, at the very least, someone that you’re going to remember since her acting skills are pretty much on the level with most of those that she’s been featured with. She’s been able to hang in there and even compete with a lot of top names in the industry and while she’s still not quite on the same level as some of them in terms of conversation it’s easy to see that she can match them without much help.

I can feel the eye-rolling from here since while this movie was supposed to be something fun and engaging that built off of the old fairy tale of Hansel and Gretel it became a strange and almost nonsensical hot mess considering that the brother and sister duo were going after multiple witches that had never been a part of their story from the start. Plus, the fact that their own mother was a witch is something that a lot of us might not remember, and the fact that Muriel, the grand witch, didn’t simply kill the brother and sister in one imaginative way or another, proves that it was more of an action parody than anything.

This movie has the psychological thrill since it hits a lot of parents right in the feels when it comes to what we might do if our children have been kidnapped. The deciding factor here though is that the daughter in this movie wasn’t taken all that far, and seeing how she’s a smart one like her parents she figures out where she’s at by looking out the window. Once she alerts her mother in a clever and very telling way it becomes obvious that the kidnappers/jewel thieves have to make a hasty retreat since her mother now knows she’s still in the building and has to be taken out. But even with only one working leg this mother knows how to mess someone up.

A remake of the old Vincent Price classic, this movie was exciting for a while since it played upon a new version of an old tale in a big way since the site was more imposing, especially considering it’s a cursed insane asylum, and all but a couple of the individuals are connected to the place in some way. Her character in this movie is nothing but pure hatred since she’s already plotted to kill her husband, who bears a striking resemblance to the actual Vincent Price in the way he dresses and looks, and already has a backup plan it would seem when she kills and then dismembers her lover and co-conspirator, adding one more dark soul to the house.

The names of Bond villains never cease to amaze or amuse people since Xenia Onatopp and many others no doubt gave way to the spoof movies that were made in the Austin Powers fashion, but also seem to indicate at least part of their character traits. Xenia’s whole method of killing has to do with her muscular thighs and the ability they have to crush a man between them when she really gets going. The most disturbing part of this however is that she seems to gain some sort of pleasure from the whole thing whether she’s in the actual act or not. Imagine someone in the throes of passion while she’s crushing your body, yikes.

You’ve got to give credit where it’s due since she was the first real Jean Grey that helped to immortalize the character and bring forth this member of the X-Men in such a big way. Sophie Turner has done her part and made the character come to life again, but Famke as Jean Grey was something special since she possessed the same kind of spirit that the character from the comics had for so long, not really docile but not up in arms like others as well. Like her mentor Professor X she was more of a thinker at times, but she knew when to be all about that action. That could be why it was even more tragic in the second movie when she sacrificed herself for the others.

One would have at least thought they could have come up with a noted cameo for her in the most recent X-Men movies.