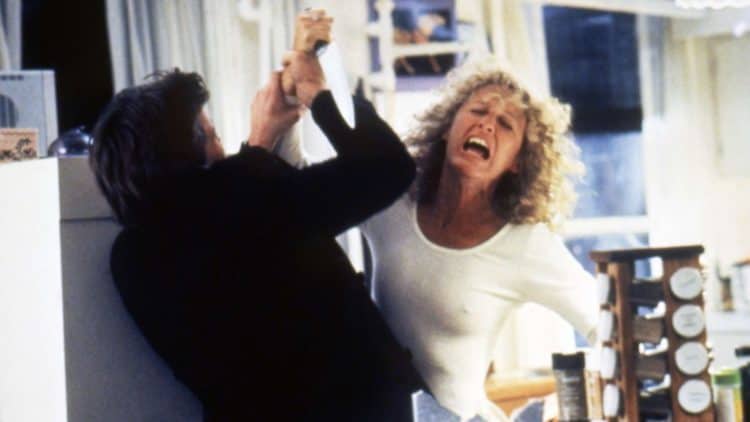 Whoever said that women couldn’t be vicious, devious, or in any way mean obviously hasn’t been paying attention throughout the history of movies. Women can be every bit as mean and as nasty as men and in some cases they can be so much worse. In the 80s this was proven when some of the most memorable movie villains were born from the female ranks and managed to chill us to the bone since they were so convincing that it had to be said that women could possibly make better villains than men sometimes. Men can be sneaky, underhanded, and cut the legs out from someone without warning, but women seem to be able to surprise their prey with an alarming amount of success in movies that makes it that much scarier and gives us a lot more respect for the female villain, who is not weak or feeble in any way.

Here are some of the best female villains from the 80s.

You might be wondering why I dug her up out of the dirt but the truth is that Queen Taramis is one of the greatest deceivers in the game. She managed to get Conan to do what she wanted with the promise of restoring someone that he’d lost, a lure that Conan couldn’t possibly deny. But in doing so she managed to risk the ire of the greatest warrior that had ever lived and had only Bombaata to stand in his way when Conan finally realized he’d been duped. Bombaata might have been tough and given Conan a run for his money, but let’s face it, Queen Taramis had no idea who she was messing with when it came to how tough Conan really is.

You might want to think that Mary Fisher was a victim in the movie since she had this fairy tale life that was wrecked and torn apart when Bob decided to cheat on his wife. Of course Roseanne was going to get her revenge at one point, but the argument that she’s the real villain is a good one, save for the fact that Mary and Bob didn’t seem to mind hurting her or their kids to make their fantasy come true. So really it’s hard to feel sorry for Mary considering that when things fell apart she turned into a truly wicked witch and was bound and determined not to let karma tear her apart.

A woman that mates and then kills seems like the ultimate opportunist so long as she doesn’t get caught. The woman on her trail seems almost like someone that is trying to punish the individual in order to strike a blow for all women that aren’t like her. Admit it, some folks would actually applaud the cunning and daring of Catherine while others would be horrified by her actions. The act of gaining someone’s confidence, getting them to trust you and leave you a fortune is pretty devious, but it’s also something that a truly wicked mind could appreciate while those that stand for law and order would find it absolutely repugnant.

Hey, she’s female keep in mind, even if she’s not human, so it counts. The queen is a creature you really don’t want to mess with since unlike the rest of her spawn she’s absolutely massive. Why the size discrepancy? It’s not really explained at all in the movie but there have been those throughout the years that have gone into great detail about why this is important. But the main point is that beyond just being huge she’s also intelligent and can control her legions of xenomorphs through a link that’s hard to understand but has been utilized in the books and the comics more than once. So if she wants she wouldn’t even have to touch you, she’d just set her minions on you, and from watching the films you know if there’s a queen around there’s bound to be a few minions around at all times.

Talk about a mistake in the making. Guys, take an example from this movie and if you’re bored or lacking something in your life go see a movie, do something with your friends, or just pick up a book. Fooling around with another woman when you’re married is a bad idea anyway, but fooling around with a woman like Alex, who turns into a psychopath the moment you start to ignore her, is one of the worst mistakes ever made in movies. At some point you’ve just got to realize that it’s not worth the risk no matter how exciting it might be at the moment. The only problem is that if it gets that far a guy’s brains tend to go south very quickly.

Female villains are a lot more terrifying than you think sometimes.