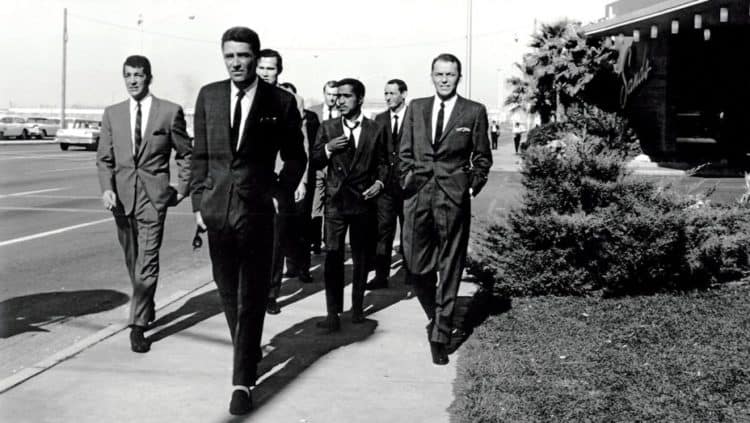 If you don’t know who Frank Sinatra is at this point in history then well…I really can’t do anything for you since this is an entertainer that’s spanned across generations since he came on the scene and has even been celebrated by a character in the animated movie Sing, so if you need to look him up it might actually mean you were born yesterday, so to speak. But those of us that knew of Ol’ Blue Eyes and had the chance to follow his career if even for a short time came to understand very quickly why he was such a valued member of the movie industry and what he brought to the table in terms of his voice and his acting talent. He wasn’t the best in the world but in all honesty he didn’t have to be since he usually had a pretty good entourage around him that bolstered whatever weakness he might have presented, though don’t tell this to his die hard fans as they might want to call you out for it. Sinatra was by far one of the best entertainers of his time and spend most of his life bringing his talents to bear for people to enjoy.

It would seem that according to Ryan McPhee of Playbill that Tristar entertainment has acquired the rights to this movie as of March of this year and will be looking to remake it eventually, but there’s no set timeline on it just yet. You can bet though that at least a few people, those that are capable of caring about the classics, will be watching carefully and possibly causing an uproar if the movie is cast or created in a way that they don’t agree with. You just don’t mess with a Sinatra classic unless you have a good idea of what to do and will be paying homage to the original. It’s kind of like trying to replace a priceless piece of art, you don’t do it unless you’ve got the sand and the know-how to make it work.

4. The Man with the Golden Arm

Frankie’s kind of a sad case since he’s trying so hard to stay clean and stay out of trouble, but once he gets out of prison he has too many influences trying to steer him back in the wrong direction and therefore he has no chance really when it comes to finally getting suckered in. The manner in which he’s implicated in theft and murder is just low-down and diabolical, but it’s even worse when he finally succumbs since he needs the money and he needs to find a way to keep things going. In the end though the whole mess finally comes to a head when the woman trying to keep him down finally meets what some might call a hefty dose of justice at her own hands.

3. From Here to Eternity

It’s kind of a shock to remember a movie the way we want and then see it again only to realize that it wasn’t that way at all but carried a lot of undertones that we didn’t fully realize at the time. David Thomson from The New Republic talk about this in his article when it comes to this movie since obviously things didn’t line up quite the way he wanted them to when remembering this movie and how it really went. The overall theme was, as he seemed to think, a positive moment in American society when in truth it seems that he found something a little more negative than he remembered.

Sailors were known to have a good time when they finally came in to shore and it was an expected occurrence that they’d want to hook up with a few local girls and get their groove on at least for a night. Shore leave after all was something that a lot of sailors valued more than gold and some still do in a way. But while the three sailors are looking to find their own pleasure for the 24 hours they have one of them has a very special lady in mind, though he has no idea what she does for a living which, eventually, she has to go off and do. He does manage to hook up with her before leaving for sea once again, which makes for at least something close to a happy ending.

Before Clooney and Pitt came along to make it cool again, Ocean’s 11 was Sinatra’s baby, and Karen Croft from Salon is bound and determined to make sure people know her side of things. While a lot of people still like the original heist movie it would seem that opinions vary when it comes to which version is best. In truth the original was great, and the newer version had its charms since different acts work for different eras after all.

One thing you can say about Sinatra, he did it his way.