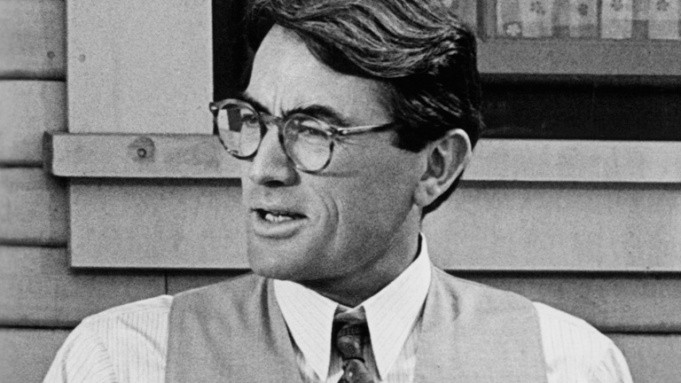 There are those in the film industry that seem to work extraordinarily hard, and Gregory Peck is easily one of them since by the time he hit college he was already well versed in how to work for what he was given, and went on to pay his tuition by working in the school kitchen as many people have done before and since his time. Many would describe him as a humble and very grateful individual when it came to the life he led, not to mention that he was one of the most distinguished actors of his day. There was something about the man that suggested that he was in some ways a bit stern and possibly rigid in his beliefs, but he still came off as a person that knew how to gain the respect of others and knew what to do with it once he had it. As far as screen legends go Gregory certainly earned his place in the annals of show business.

Grudges held between two warring factions are difficult if not impossible to handle, but McKay does his best to tame the situation in as peaceful a method as possible, but as you can imagine this doesn’t work quite as well as he would have hoped. Even when he purchases a stretch of land that is used by both factions when in need the fighting only continues to escalate, almost costing him the woman he plans to marry at one point as she grows frustrated with his lack of desire to wade fully into the fight. Sometimes the real strength of person comes from wanting to see the violence end, because honestly there’s nothing harder than to get two people who are good and riled to stop harming each other.

4. The Guns of Navarone

In war it’s often seen that jockeying for position on the battlefield can favor one group or another as it depends on who has the better position, the bigger guns, and who is willing to do whatever it takes in order to carry the day. When the massive and dangerous guns of Navarone are seen to prevent thousands of British troops from being rescued a small force is sent in to deal with the guns. In due time the force does manage to infiltrate the area and despite casualties three men manage to escape and are able to witness the destruction of the guns from afar when the explosives they planted are triggered.

Kids act different quite a bit when they’re growing up, but it’s when people and animals act differently around your kid that a person might want to start paying attention. It’s easy to assume that many people would look for the most rational explanation as to why things just seem to keep happening around their children, but it would also seem as though a person might finally wake up when too many things keep happening. Of course in the movies it’s preferred that the people that are in the middle of this strange storm of events are oblivious right up until the last moment when it’s simply too late to do anything.

It’s interesting what happens when you don’t know who someone is only to realize later that they’re someone famous or important, or both. When Joe tries to use the fact that Ann, a princess of all things, is in a position where he can get an interview and several pictures that might do well for his publication, he eventually finds that he can’t take advantage of her in this manner. It’s not an entirely common thing for a journalist to pass up such an opportunity, as those journalists with such a tight code of ethics don’t tend to make a very good living, but it’s always an uplifting image to see when it does happen.

1. To Kill A Mockingbird

A lot of us likely had to read this book in school and while some of us loved it others might have slogged through it. In truth this story is one that has a lot of bearing on today’s world as well as back then, since the use of racism to show the difference between people and the manner in which individuals are treated was something that struck a serious chord with a lot of folks. Gregory played the stalwart Atticus Finch, a character that’s been known throughout literature and now throughout film as someone that didn’t give in when it came to pressure from those that disliked or despised him, and sought to treat everyone in a fair and reasonable manner. If there’s one role that Peck took on that can be said to be legendary this would have to be it.

He was one of the greats and it’s likely that he’ll be remembered for some time to come.