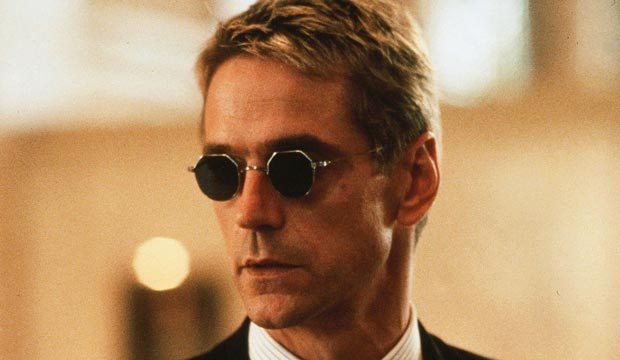 Jeremy Irons is the kind of actor that can play the villain, the hero, or something pleasingly in-between since his style is smooth and so suave at times that it doesn’t really matter what he’s playing, you just like the guy. There’s something about his character that simply says professional and at the same time makes you wonder just what he’s going to be doing in the movie he’s in at the moment. It’s easy to see how he wouldn’t be everyone’s favorite since there have been quite a few movies of his that people have either forgotten or didn’t care for but it’s also just as easy to see why he’d be considered a screen legend since he has a strength of character that allows him to weather through bad movies and keep pushing forward since he can give a seriously great performance no matter how bad of a movie he’s in.

5. Die Hard with a Vengeance

It’s kind of a pain when the man you threw off of a skyscraper has a brother that comes looking for revenge, even if that’s not the sole reason that he’s out to get you. John McClane obviously thought he was done with the Gruber’s, at least until Hans’ brother Simon came to play hardball with him in an elaborate charade that eventually became all about a heist that would bag the supposed terrorists more money than Fort Knox could ever hold. Along the way of course is the struggle for two men, McClane and Zeus, played by Samuel L. Jackson, to get along and play the game that Simon has laid out before time runs out on them both.

Peace in the Holy Land seems to be a myth that historians and filmmakers have agreed with and contended over for a while now and this movie is just one more voice among the many that seem to see that there’s been a serious issue in that region for a long time. Tiberius was one of the many that was simply tired of fighting and didn’t see the purpose in it any longer. Despite his oath and responsibility he was one of those that finally exited the region, deciding that the fight was already lost and that there was nothing worth defending any longer. While his reasoning might have been questionable, some agree that the need to fight had all but expired.

Scar was one of the most perfect Disney villains ever created since quite honestly he wasn’t physically imposing in the same manner as the hero, but he was just mean-looking enough to be intimidating to several characters. The real danger he presented came in the form of his keen intellect and absolute lack of loyalty to those that he called family, which was the mark of a true psychopath considering that he ordered the killing of his only nephew, even though Simba survived. In the cut scenes it gets even worse since he was seen to push up on Nala at one point, though Disney did cut it from the movie. The play kept it in however.

If you want to go ahead and say that this is a disturbing story then you might not have a lot of arguments sent your way because quite honestly it was disturbing but also somehow a catchy movie for one reason or another. Humbert’s obsession with Lo is something that in this day and age would have been enough to get the movie pulled from the theaters and possibly the shelves the moment it was released. But somehow it creates a very tragic and vibrant story that’s hard to look away from since it brings up so many moral questions that one can’t help but be a little confused as to how the theme of the movie has been repeated a couple of times throughout they years.

1. The Man in the Iron Mask

The tale of the Three Musketeers is one that has enchanted a great many people since the three legendary fighters, plus the man that would one day join their ranks, could stand against injustice and inspire so many was something that spawned a great number of movies and TV specials throughout the years. In this version however the corrupt king that has thought little of his people and cares only for his wealth has a dark secret that will eventually be used to supplant him for a time. Jeremy played a great role in this movie and a perfect one at that since the part of Aramis definitely needed to be covered by someone that’s a little more reserved and less apt to get heated or be too jovial.

He’s been a great actor throughout the years, and hopefully we’ll be seeing more of him eventually.