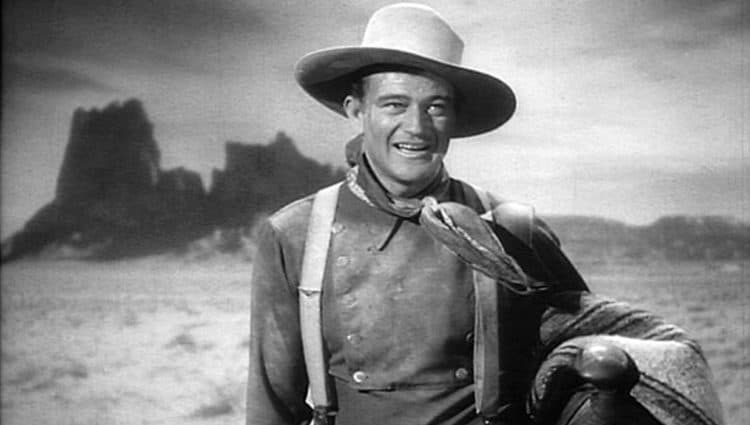 The accolades, awards, and legend of John Wayne is something that many people would definitely argue over one way or another in this day and age, but the Duke was a man that a lot of people still look up to as an example of what it was to be a man back in his day. Today you might hear him being called a prime example of ‘toxic masculinity’, but it would likely be laughed off by those that believe his legacy is still intact. That being said, some of his movies were quite well-received and are still held up as classics since whether people like it or not he was a prime example of what being man meant back in his era. It’s fair to say that Wayne might not have approved of or been accepted as he was in this day and age when people are quibbling over every last thing that’s said and done in a movie, but back in his time he was an absolute legend.

Here are some of his best movies to serve as an example.

When Ethan returns home from a life spent fighting one battle after another he seemingly wants to settle down, but when he and a band of other men are tricked by a Comanche raiding party they return to find the homestead burning and all but two individuals dead. A search party is sent out to retrieve the abducted young women, but Ethan is out for blood and isn’t about to let anyone stand in his way. When he does find the last remaining woman, his niece no less, he finds that she has bonded with her captors and then threatens to put her down. Eventually however the story ends with Ethan walking off into the distance, much the same way he arrived.

4. The Sons of Katie Elder

In a big way this seems to have been the basis for a movie such as Four Brothers since the four in this movie tend to act in the same way, meaning that it likely had something to do with the more modernized story. When the four brothers, all sons of well-loved Katie Elder, decide to try and do something deserving of their mother after her passing they run afoul of a man that claims to have won their land in a poker game. Upon being framed for murder and set up to be killed the brothers have to fight their way out so that justice can be done and their names can be cleared, and that’s just what they do in spectacular fashion.

This feels like such a back and forth affair that one can’t help but laugh at it despite the way that the women are treated would likely be looked upon with horror these days. McLintock isn’t that complicated of a man really, he just wants to see justice done for some and for others to live their lives peacefully and sensibly. Of course that’s not bound to happen when human beings are involved since there’s always some debate to be had, some grudge to settle, and some nonsense to bring up when all seems well and peaceful. The humor in this movie is the type that a lot of people would probably look at with widened eyes at this point.

Hondo is quite simply a man that was forced into circumstances that were not of his own making. He wandered into a ranch that had been abandoned by the man of the house and fell in love with the woman of the house eventually. When it came to his dealings with the Apaches that had been harassing the woman and with whom he’d had dealings throughout the movie however it became apparent that things were not as neutral or as settled as some might have believed. By the end of the movie Angie and Hondo have professed their love for each other, and Hondo can’t help but lament the way things had to be to get so far.

A lot of folks might recognize this story thanks to Jeff Bridges, Josh Brolin, and Hailee Steinfeld in this day and age, but it was John Wayne that first brought Rooster Cogburn to life, and created a legend that has endured for quite some time now. As a character he wasn’t exactly the best man in the world, but he knew how to get the job done no matter how messy it had to be. Plus for all his faults he was a man that believed in justice, no matter how hard it had to come and how painful it had to be for those that got in the way. In other words, Rooster didn’t really mess around when it came to getting things done.

While opinion of the Duke has waxed and waned throughout the years, he’s still considered a Hollywood legend.