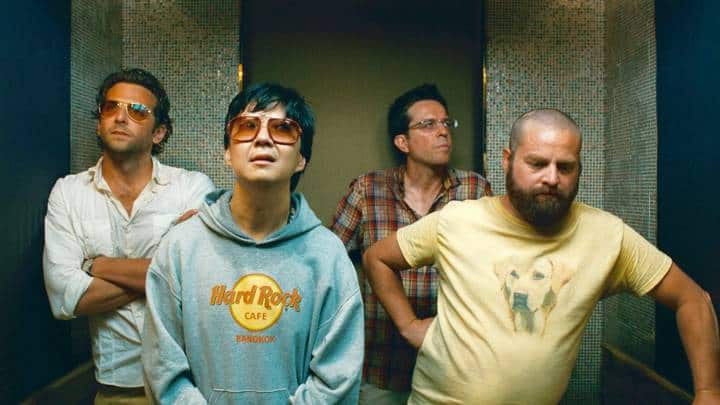 Ken Jeong is by far and large one of the funniest guys in Hollywood despite the fact that some people still don’t really know who he is. Some folks might not really appreciate his sense of humor on screen while others might not watch the types of movies he’s in. The fun thing about him is that he can be serious but he’s usually easier to watch when he’s being funny, be it dark comedy or something at least moderately clean. His charm really comes from his deadpan delivery and his kooky nature that seems to come from every which way at times. Another funny thing about him is that it kind of depends on who he’s paired with when it comes to his comedy since sometimes he can be kind of overpowering, and at others it seems that he’s just one more cog in the machine that helps it to work.

It doesn’t even matter that he had a lesser presence here than in many other movies since the fact that he played a little old Asian woman with a fiery temper was absolutely hilarious. The idea that she was someone that would fall back on the ‘I’m just a little old lady’ gimmick when she had to was funny as well. This movie didn’t exactly break any records considering that it was about a snail that was suddenly turbo-charged and was able to win a major race, but it was still entertaining largely because its jokes and serious voice were interspersed just right and the celebrity cast was without a doubt fun to listen to.

4. Transformers: Dark of the Moon

This was kind of an odd movie to see him in, but it was great since he played someone that was so off the wall paranoid and nuts that it kind of left a person wondering just how this went down when the cameras were rolling and both Ken and Shia had to be so close. Plus the idea that he was trying to face down a transformer with a pair of handguns like he was in the old west is kind of hilarious. Of course it wasn’t bound to end well since he was trying to act like Eastwood and ended up taking a ride out the window to a curb-splattering end. Still, his character in this movie was pretty comical for the time he was there.

One of the funniest things about this role, short as it was, is that Ken is a former physician, so it’s likely that he knows something about everything he’s talking about in this movie. The movie itself was lauded for being as funny as it can be since the cast was impressive and the whole idea was just so ridiculous that one couldn’t help but laugh, since otherwise crying in a depressed state might make it seem too realistic. The movie has been bashed in the years following its release by one of its biggest stars however, Katherine Heigl. Thankfully fans still think that it’s incredibly funny, even if it might seem a bit sexist.

Throughout the movie the king, played by Ken, is kind of a dink as well as an arrogant ass since he takes the whole role-playing thing a bit too far. Really, who else cringed when he stroked the face of his ‘subjects’? That’s the great thing about Ken though, he can follow a script or be just random enough that he can make people laugh since there’s no telling just what he might do from time to time. Whether everything in this movie is scripted or not doesn’t really matter since it turned out being funny enough to eliminate the need to care. Plus, even being as big of a tool as the character was, he at least finished the game as he was meant to do. Xan Brooks from The Guardian had more to say about this movie.

Leslie Chow has to be one of his greatest characters largely because the character is so nuts that you can’t help but look at Ken no matter where he is and think about this movie. The Hangover was such a nutty movie that remembering it at any given moment thanks to one line or reference is insanely easy. Plus, the fact that Chow became such a huge link throughout the trilogy was hard to deny as being a crucial part. Even without Chow the movie would have still been pretty funny, but it might have needed another element of chaos that the four guys would need to work through, and it might not have come off as well with someone else. Let’s face it, John Goodman is a great actor, but in the third movie he was kind of just there for added effect, while Chow was still the big deal.

He’s funny, hands down, no questions about it.