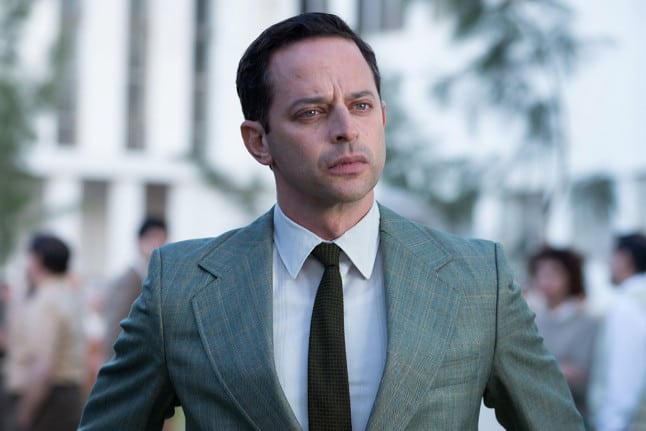 It’s funny to see how people gravitate towards entirely different things than they were initially interested, especially since Nick Kroll, well-known comedian and actor, was a history major in college and eventually made his way to his current position. A lot of his best stuff happens to be voice acting but without taking anything away from the guy he’s absolutely hilarious since the voices he can pull are amazing and funnier than hell. He’s definitely one name that a lot of people in certain age groups might not know about, I’ll admit I had to look him up just to learn more about him, but once you figured out what he’s done and how good he really is it’s that much easier to enjoy him as an actor and a comedian. One of the best parts is that he’s not bound to kids’ movies or adult movies and can span the gap pretty easily.

Do you get the feeling that Seth Rogen and a bunch of his buddies just got together and came up with this while they were stoned out of their minds? That seems to be the only real way to explain how Sausage Party came to be since it does make you look at your food a little differently considering that everything in the store has its own life despite not having the biological equipment to exist on such a level. But it’s entertaining all the same despite being a little fringe at times and even kind of disturbing at others. The Douche is perhaps one of the strangest cartoon characters to ever be created but as a bad guy he’s actually kind of brilliant.

If this really happens in the world then you’ve got to think that there are some seriously messed-up people that think they’re hilarious for mocking and ruining the lives of others. The whole idea of creating a dinner where supposedly ‘normal’ people get to invite those that are so out of this world ridiculous and have the kind of talents and hobbies that make them seem like freaks and outcasts is funny, but only if you look at it as allowing them to showcase what they can do instead of trying to shame them for doing it. Of course that’s not really the goal of this movie but all the same that might be the more PC version. Thankfully we didn’t get that one.

Gunter is perhaps one of the most vibrant characters in the movie despite being kind of off to the side and attached more to Rosita’s arc than anything. He is fun though and has a great sense of humor as a character and is able to translate pretty well since he brings a lot of positive vibes to the show. Overall this movie was actually a lot of fun since it didn’t take after just one individual character and included a wide and very diverse number of talented animated individuals that all had their own problems in life and were trying to get through them the best they could. In short it was a movie that pretty much anyone could enjoy.

I’m just going to put it out there and say that Raul Julia and Anjelica Huston were THE Gomez and Morticia Addams, and that no one, live action or animated, will ever replace them. But with that said this was still a decent showing for the disturbing family since people have loved this show for a long time and as a movie it simply works on a level that’s hard not to like. Yes, Addam’s Family Values was kind of off-kilter, but at the same time it’s the family that makes the movie and as a result the movies have been fun and engaging largely because of the characters and the actors that have managed to keep the magic alive.

Honestly, marriage is a bit tough sometimes because a lot of people do fall into a slump even if they don’t want to admit as much. They tend to find a schedule, start practicing certain habits, and find it almost impossible to break free just to be spontaneous and fun when they want to. When this couple attempts to do so they’re on the right track until they take the place of the wrong couple and find themselves running for their lives from corrupt cops and the mob eventually before things finally get straightened out. By the end of the movie it’s obvious that their marriage is still strong, but it’s also obvious that just winging it when they want to have some fun isn’t the best idea in the world.

Nick Kroll is worth watching if you’re ever needing a good laugh.