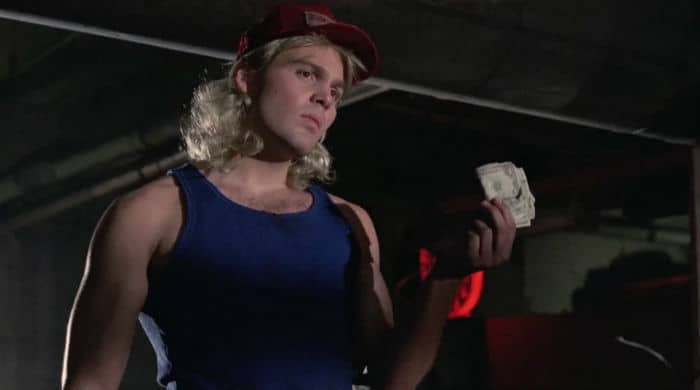 Thor is a superhero that a lot of people were waiting for when it came to hitting the big screen. He’s big, he’s tough, and he’s the kind of person that’s actually seen as a hero most times and has a moral backbone that doesn’t bend. He’s done a few questionable things in his long history in legend and in the comics, but he’s usually one of the dependable heroes that you can rely on to do the right thing and make sure that justice is served in some fashion. But there have been others that throughout the years have tried to pick up on Thor’s fabled look and capitalize on his legend in a few ways. Some have done a rather decent job, others have kind of fallen by the way, and of course Chris Hemsworth became the most iconic vision of all when it came to the Asgardian hero. But in case you thought he was the only one to ever come along, take a look below.

Thor hasn’t always gotten the best portrayal in films, but what has been released has been interesting.

Here Thor seems more like a villain as he enters a Christian church and lays waste to those that try to stop him from obtaining a holy relic that’s sacred to the church. He doesn’t waste any time in laying out those that get too close, and his hammer is the thing of nightmares as it flattens his enemies. One thing to say in the defense of this however is that a lot of old legends and deities were put to rest when Christianity came about. The old gods were relegated to myth and legend while the Christian God was named the one and absolute over all. Now if Thor and his ilk were real you can imagine that they might feel some way about that and decide to do something about it.

Thor and Loki have seemed to have been put on a collision course ever since their origins came out. The two are as opposite as can be and are bound to clash more often than many might think, even given the current incarnations in the MCU. Loki is called the Trickster God for a reason and Thor is simply Thor, the god of thunder and the guy that can smash entire armies to bits if he feels so inclined. While Thor is typically more powerful and capable of reducing Loki to a greasy smear on the landscape, this would only happen if Loki was dumb enough to stand toe to toe with his nemesis. Instead, Loki proves to be much smarter and cunning when it comes to fighting against the thunder god, and many times throughout their history it’s been proven that his intellect is more than a match for Thor’s brawn.

A lot of people have complained in the past that this version of Thor looks nothing like what was shown in the comics. But one thing you need to take into account is that one director is not like another. They will typically take the idea of a character and run with it in their own fashion. What this means is that you might not get the same look for the hero, but you’ll get the same hero all the same. So yes, Thor’s outfit and his mannerisms were both kind of screwed up for this particular incarnation, but the fact is that we got to see Thor and the Hulk go at it on TV, and that in itself was a treat.

This might seem a bit like cheating but Dakota did come in before Chris so it’s not technically a cheat. Plus you get an idea that from his boyhood Thor was always a bit impetuous and didn’t really think things through before he said them. Loki however was always the thinker, and what he thought became what he knew, that Thor would always be the one in line to inherit his father’s throne and he would always be the other brother that was there to serve, never to rule. It had to be a hard lesson to learn as a child, but it would no doubt be a lesson that many would carry to adulthood with them.

This one simply couldn’t be left out since at this point in his career Vincent was big, buff, and he looked the part. Think back to the comics when Thor would take on an alternate identity. The guy was still big and buff but he didn’t walk around in a full suit of armor swinging his hammer for all to see. That’s what made this appearance so great, well that and the little girl’s awestruck reaction to seeing what she believed was her hero.

Thor has popped up in a few places throughout his history with Marvel, but obviously Hemsworth has been the best representation so far.