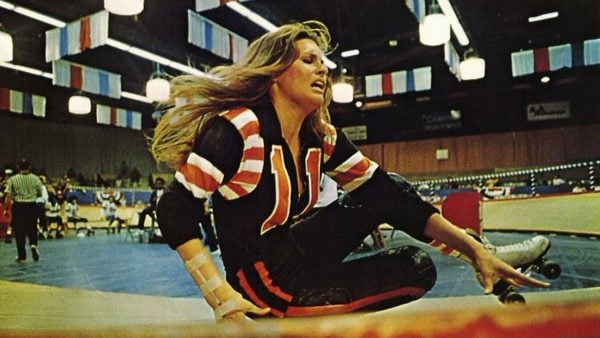 Raquel Welch is in her 70s now (if you can believe that), but while she’s still a beautiful woman she was one of those lovely ladies back in the day that men couldn’t help but stare at in awe since she was one of the most stunning women in movies and had an aura about her that was hard to deny. The manner in which she lit up the screen was simply magnificent, and to think she didn’t just start making hits right away when she came to show business. When her career did get going finally though she was hard to resist and for many years men couldn’t help but think of her as a type of goddess since she was the type of woman that would be cast into a film largely to give it a bit of sex appeal. There’s not much chance of denying that had a big impact on women in film and is still credited with this today.

Desperation can often make allies out of enemies without much hesitation as it doesn’t take a genius to realize that banding together offers better odds than standing alone against an overwhelming force. When Joe and Lyedecker decide to finally put their differences aside for the time being it becomes one of the best decisions they ever made as they join forces and decide to make a stand against those that were trying to execute them. Welch plays the part of an Indian revolutionary that has a score to settle and like a lot of her movies she happens to be there for the purpose of looking good and giving the movie some pep.

The old westerns are definitely the kind of movies that wouldn’t be able to be made today since some of the subject matter is pretty iffy and wouldn’t fly with a lot of audiences in this era. When a man posing as a hangman makes his way into town and reveals that he’s an outlaw there to spring his brother from jail pandemonium ensues and as a posse chases most of the outlaws one of them robs the bank. Making off with the money and a fair lady they cross into Mexico where their problems only grow worse since a group of bandoleros start in on them, eventually killing every one of the bandits but not before suffering heavy losses.

Can you think of anyone else that could possibly play the part of Lust in this movie? Her part was fairly small in comparison but it was still important enough to mention as the entire movie is about one man’s desire to be with the woman he loves even though she doesn’t seem to know that he exists. When the devil allows him seven wishes that will grant him everything he desires the wishes turn out quite horrible as the devil twists everything just enough to make the outcome never in the man’s favor and always just unbearable enough that he’ll come running back to make another wish.

If you’ve ever watched a game of Roller Derby then you might already know just how brutal it can get and how rough the skaters are. K.C. left her team to focus on her family and new team but meets a man that’s more than a little ruthless. Eventually she finds out that he’s got his own interests at heart and is likely going to make her lose both a derby and her reputation so that he can have his way and that she’ll have to go with him when it’s time to move on. Instead of bowing to the pressure however she goes out and shows him that she’s no one’s toy to be manipulated, and wins the derby.

This is a great fantasy of how human beings were able to live in the time of the dinosaurs, though scientists either laughed at this or simply lowered their eyes as they shook their heads. In truth it’s kind of of funny since it was one of the movies that really made Raquel rather popular since this picture alone spawned hundreds if not thousands of posters that men would hang up throughout the years, and in fact some men still do. She was and still is a classic beauty that inspires more than just sexual thoughts in men after all and still exists as someone that helped bring about an era of women in movies that was about more than just how much skin they could show.

Raquel Welch was at one time a lot of young men’s deepest and most enriching fantasy, but like every person in Hollywood her time came and went in the spotlight. Nowadays she still shows up now and again but she’s more of a refined and respected legend than anything.